Tesla turns power back on at Puerto Rico children’s hospital 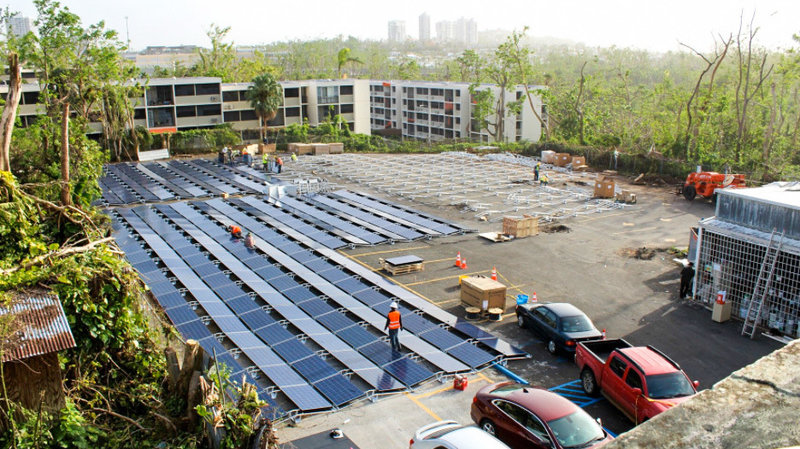 The hospital’s new system allows it to generate all the energy it needs, according to El Nuevo Dia. The facility has 35 permanent residents with chronic conditions; it also offers services to some 3,000 young patients, the newspaper says. As for who is paying for the power system, the head of the hospital tells Nuevo Dia that for now, it’s a donation — and that after the energy crisis is over, a deal could make it permanent.

A $300 million contract to fix Puerto Rico’s hurricane-damaged power grid that was given to a tiny Montana company should be voided, said San Juan Mayor Carmen Yulin Cruz, who said the process of awarding the no-bid contract raised ethical and legal questions. In an interview with Yahoo News on Tuesday evening, Cruz described the contract as “alarming.”

The Puerto Rico Electric Power Authority signed the contract with Montana’s Whitefish Energy last month. At the time, the firm had just two full-time employees. The contract was awarded without a competitive bidding process. Cruz, the mayor of Puerto Rico’s largest city, described the Montana company as inadequate and said there appears to be a lack of “due diligence” behind the contract.

“The contract should be voided right away, and a proper process which is clear, transparent, legal, moral and ethical should take place,” Cruz said.

“It seems like what the Puerto Rican people are going to be paying for, or the American people are going to be paying for, is an intermediary that doesn’t know what is at stake here and that really has to subcontract everything,” she said of Whitefish. “What we need is somebody that can get the job done and that has the expertise to get the job done.”