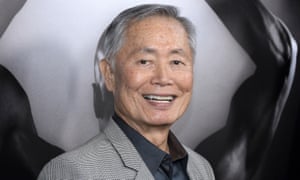 News that several online media companies including Mic, Slate and Refinery29 have severed commercial ties with Star Trek actor George Takei following allegations of sexual assault has shone a light on the little-understood practice of online news sites paying celebrities to post links to their content.

Millennial-focused website Mic reported that it and five other media sites had “ended paid promotion partnerships that once had their articles and videos shared on Takei’s social media platforms” in the wake of an accusation that Takei sexually assaulted a young actor in 1981. Takei denies the claim.

Slate, Refinery29, viral site Upworthy, media brand Good and Futurism all confirmed to Mic that they had cut Takei out of their “social media influencer” networks of paid celebrities and other high-profile social media users who often have millions of followers.

Upworthy and Good, which are part of the same company, went further, tweeting similar statementsthat each would “no longer partner with networks that use celebrities” at all.

Beyond the allegations against Takei, the news that some media companies pay celebrities to post links to their articles or videoscame as a surprise to some – partly because this is not usually disclosed on the social media posts.

“Publishers that rely on social media as a distribution tool might pay to have their articles and videos shared by well-known figures or Facebookpages that have large, loyal followings,” Mic’s report on its severing of ties with Takei read.

The Guardian does not pay to have celebrities or other social media influencers share its articles.

The Federal Trade Commission (FTC), the US government agency that enforces consumer protection laws, declined to comment on whether such arrangements violate its regulations, but a government source told the Guardian the FTC was aware of the partnerships.

And one expert on consumer protection said the partnerships mentioned by Mic “would be likely to pique the FTC’s interest”.

“Under FTC requirements, any material connection or any connection that would be material to a consumer’s decision would have to be disclosed,” said Phyllis Marcus, a former leading regulator at the FTC and a consumer protection lawyer with Hunton & Williams in Washington.

“A consumer would want to know that they are seeing George Takei’s endorsement of a particular article because he was getting paid not because he organically found the article to be of interest.”

In addition, Facebook’s rules state that users must indicate when posts are commercial in nature.

Takei – who in 2012 was named the most influential person on Facebook by the Daily Dot – has almost 10 million followers on Facebook and almost three million on Twitter and frequently posts links to a wide variety of articles, often from obscure video websites or news aggregators with content as banal as cartoon unicorns or whether you should order one or two hamburgers at the fast food joint, as well as more high-profile publishers such as the New York Times. It is unclear from his posts which publishers pay him.

Other celebrities have also been linked to the practice. A 2016 report by Digiday named rapper Lil’ Wayne and former Jersey Shore cast member DJ Pauly D as being involved, and Rolling Stone and Slate as participating publishers.

A quick visit to Lil’ Wayne’s Facebook page, which has 50 million followers, shows that his feed is full of links to heartwarming animal and human interest videos distributed by a UK agency with international reach, Caters News. He also links to random items on news aggregator website Providr and other obscure sites, and was reportedly an early partner of Ashton Kutcher’s news website APlus, though has not linked to that website via Facebook lately.

Requests for comment to Lil’ Wayne, Caters News, Providr and Rolling Stone were not immediately returned.

The Guardian asked Mic and the websites named in its Takei article about the ethical implications of paying for celebrities to promote their content.

Jolene Creighton, editor in chief of science and tech website Futurism, said she had cut all ties with Takei after the allegations had “unsettled” her team, adding: “Futurism strives to hold itself, and all of its partners, to the most rigorous ethical standards.”

But the other websites would not comment beyond, in the case of liberal online magazine Slate and Refinery29, a website aimed at young women, confirming that they had severed ties with Takei.

Mic, Good and Upworthy declined to comment on the ethical issue.

Elizabeth Ellcessor, assistant professor of media studies at the University of Virginia, said: “There is an ethical murkiness here. I think it would be worth [the regulators] investigating.”

She called for greater transparency between the social media influencers and the media companies’ content they share for financial gain.

“But disclosure of that kind would reflect badly on everyone involved – it makes the news organizations look a little grabby and the celebrities less authentic,” she said.

The FTC has already reacted to the rise in celebrities endorsing brands or products, as opposed to news organisations and news stories, on their social media pages without disclosing that they were being paid to do so.

The FTC sent letters to 90 “influencers and marketers” in April telling them they should “clearly and conspicuously” disclose their relationships to brands.

In September the agency followed up with warning letters to some who were still concealing commercial links with companies they promoted via social media.

Those scolded included model Naomi Campbell and actresses Lindsey Lohan and Vanessa Hudgens, though none of those warned is being penalized at this stage.

The FTC’s associate director of the division of advertising practices, Mary Engle, wrote to the celebrities, asking them to disclose if they had commercial ties to brands they were promoting. For Lohan this included fashion designer Alexander Wang, a yacht charter company and a food intolerance test kit. Campbell was asked about pictures and hypes she posted on Instagram about a luggage brand called Globe-Trotter and a dietary supplement company called Clean. Vanessa Hudgens was challenged on her social media fandom of brands including Whispering Angel wine and My Little Pony.

Engle also called out actor Amber Rose for promoting a dress company, a sunglasses company and a Beverly Hills plastic surgeon for “keeping these lines off my face…#botox” on social media, and singer Akon for promoting a brand of vodka and a designer watch. The FTC asked for replies by the end of September and is currently assessing the responses.

“It’s hard for the reader to know where there is a material connection and where there is not, that’s why it’s important for the influencer, or celebrity, or blogger to disclose that. Some people say ‘oh everyone knows these people get paid in some instances’ but how are you always to know?” said Marcus.

Top influencers can make $75,000 for a product post on Instagram and a staggering $185,000-plus for a plug on YouTube, according to a report in the New York Times.

It is unclear how much news websites pay for links to their articles.

Ken Wohl, a Los Angeles-based consultant in audience development strategy for media companies, said the FTC should discuss the problem of news sites paying for celebrities to promote content.

“It’s hard for people to make an ethical decision when they don’t know where the line is drawn,” he said.