A “dog and pony show” is newsroom slang for an overblown public relations event.

According to Wikipedia: The term was originally used in the United States in the late-19th and early-20th centuries to refer small, cheap touring circuses.

Almost all celebrity news is dog & pony. According to Ad Week, Hollywood’s total spending on marketing/PR in 2014 was $3.2 billion. The first cousin to celebrity PR is “sports news.”  Sports around the world gets an astonishing and incalculable PR boost from the media, much of it free.

The federal government spends $1.5 billion a year on PR, paying 5,000 employees to script their dog & pony shows.  The biggest spender is the Pentagon, with 2,000 hucksters employed.  State and local governments all have PR staffs as well. 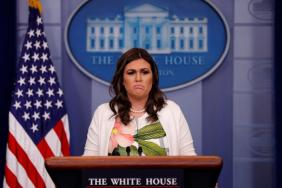 Bottom line: A lot of what appears to be “news” is actually a PR event. Think of the daily White House briefing as one good example. Wherever you see a gaggle of reporters, you’re probably witnessing a dog & pony show.

The goal here at Realnews.ink is to ignore the dog & pony shows, and focus on news that has a real impact, or potential impact, on American life.

If you decide to follow us, or stop in occasionally, welcome!