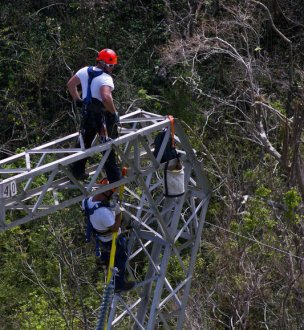 Last week, a small Montana company called Whitefish Energy Holdings announced that it had been given a $300 million contract by Puerto Rico’s electricity authority to help restore the power grid on the island, where some 75 percent of customers remain without power.

The decision to award such a big contract – and such an enormous challenge – to a tiny company founded just two years ago has surprised many. Power companies don’t generally use contractors to restore electricity, but make arrangements for help from other utilities.

Puerto Rico’s power grid was precarious even before Hurricane Maria made landfall a month ago. But since the storm, the problem is immense. It could take at least six months for service to be fully restored.

The firm’s website offers little detail on the company or its track record. It’s based in Whitefish, Mont., the hometown of Secretary of the Interior Ryan Zinke. Its financing comes from two Dallas-based investment groups and a Brazilian company that produces distribution and power transformers.

A profile of the company on a site that tracks federal contracts lists Whitefish as having just two employees and $1 million in annual revenue.