Science begins to challenge theory that addiction is a disease
Raw Story
… Through a combination of a difficult emotional history, bad luck and the ordinary operations of the brain itself, an addict is someone whose brain has been transformed, but also someone who can be pushed further along the road toward healthy development …

Feds “not sure we can reunite” migrant parents with kids
Newser
—-> The latest travesty from America’s adventures in orphan creation.

Judge: Pentagon must quit hounding immigrant soldiers
NPR
… the Pentagon may not require soldiers who are naturalized citizens to undergo “continuous monitoring,” or security checks every two years, when such scrutiny is not applied to U.S.-born soldiers.

Fools in Wisconsin made the worst jobs deal in history with Foxconn
Milwaukee Journal Sentinel
— The state’s contract includes a job-creation payroll tax credit, which subsidizes 17 percent of wages. But when other investment tax credits, which are enshrined in the contract, are added in, Bartik calculates that the cost to Wisconsin taxpayers could be much higher. That includes state subsidies but not county and municipal aid.
— It’s a big deviation from past practice when Wisconsin and most other states on average subsidized only about 3 percent of wages, he said.
The national norm was even lower prior to the turn of the century when states paid as little as 1 percent of wages on average, said Bartik, who has studied subsidy-driven economic development since the mid-1980s. If states such as Wisconsin ever had rules and formulas to govern subsidy policy, those rules went out the window with Foxconn, Bartik said.

This tech can secure the border at a fraction of The Wall’s cost …
… and Mexico wouldn’t have to pay for it
Business Insider
— A fiber-optic cable installed in the loose, sandy soil could tell precisely what was moving above it — be it a 200-pound man, a group of people concealed in a cloud of dust from a passing car, a wandering dog, or a pair of cantering horses.
— “At the time, there was a lot of interest from the federal government,” Moe Momayez, an associate professor of mining and geological engineering, told INSIDER. “But like anything else, it just dies off.”

VA. gov. to deny it was him in racist yearbook photo
AP
— Virginia Democrat who has spoken with Gov. Ralph Northam has told The Associated Press that the governor now does not believe he was in a racist picture in his 1984 medical yearbook and has no immediate plans to resign.
— The official was not authorized to speak on the record to detail a private conversation. The official told the AP on Saturday that Northam plans to address the issue with the public in the afternoon.
— Northam is calling Virginia Democrats to try and gain support. Nearly his entire political base has called for him to resign.

Bank-heist tunnel, ‘the craziest thing in a long time’
Florida Sun Sentinel
“I’d like to know what they were gonna do when they got to the vault.”

Calif. highway patrol cops, supervisors accused of fake overtime
Santa Rosa Press Democrat
— The California Highway Patrol has suspended the police powers of dozens of officers after discovering they got overtime pay for thousands of unworked hours in a case that could lead to criminal charges, officials said Friday.
— An investigation uncovered at least $360,000 in fraudulent overtime pay collected by officers and approved by their supervising sergeants in the agency’s East Los Angeles office between March 2016 and into 2018, said Chief Mark Garrett, head of the agency’s southern division.
— “This information has shaken us to our core,” Garrett said. “I’m personally taken aback and angry about it.”

You knew this was coming…
Self-driving cars will ‘cruise’ to avoid paying to park
Eureka Alert
— If you think traffic in city centers is bad now, just wait until self-driving cars emerge on the scene, cruising around to avoid paying hefty downtown parking fees.
— Even worse, because cruising is less costly at lower speeds, self-driving cars will slow to a crawl as they “kill time,” says transportation planner Adam Millard-Ball, an associate professor of environmental studies at the University of California, Santa Cruz.
— “Parking prices are what get people out of their cars and on to public transit, but autonomous vehicles have no need to park at all. They can get around paying for parking by cruising,” he said. “They will have every incentive to create havoc.” 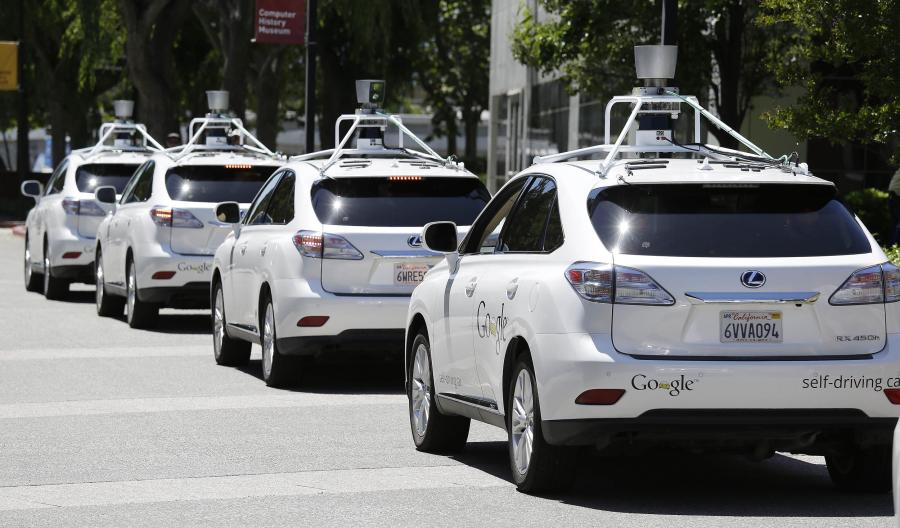 Foxconn Is Good at Grifting Governments …
and the U.S. Is an Easy Mark
NY Mag
— Anyone with even a passing knowledge of the economics of manufacturing should have known that Wisconsin was never going to produce LCD screens. “It was a project that just didn’t add up. There’s no supply chain, because nobody has ever made that product in the Western hemisphere. And even if they build it, it was gonna be what we call a ‘screwdriver shop’ that was going to take components made in Asia and then slap them together here. In the long run, that’s not how you build a tech cluster.”

Selling fake followers and likes is illegal, landmark settlement finds
C-Net
— “Anyone profiting off of deception and impersonation is breaking the law,” says the New York attorney general.
— These millions of bot accounts ran unchecked across Twitter, YouTube, LinkedIn, SoundCloud and Pinterest. Some fake accounts stole real people’s photos on social media, the attorney general’s office said. The company sold fraudulent social media engagement to celebrities, musicians and athletes, it added. The practice makes opinions and people appear more popular than they actually are.
— This is the first time a law enforcement agency has found that selling fake social media engagement and using stolen identities is illegal. Devumi, and its former CEO, German Calas Jr., couldn’t be reached for comment.

And more from the Internet Fake Dep’t …
Target app figures out where you are, switches prices
Kare-11 TV
— For instance, Target’s app price for a particular Samsung 55-inch Smart TV was $499.99, but when we pulled into the parking lot of the Minnetonka store that price suddenly increased to $599.99 on the app.
— To test this further, we selected 10 products on the Target app at random, ranging from toys to bottled water to vacuum cleaners. We found that when we entered the store, four of the 10 products jumped up in price on the app.
— An Apple Watch band went up $2, a Shark vacuum went up $40, a Graco child car seat jumped $72 and a Dyson vacuum shot up $148 on the app while inside the store.

S. Carolina cops make millions in seizures from black Americans
Greenville News/Anderson Independent Mail
— When a man barged into Isiah Kinloch’s apartment and broke a bottle over his head, the North Charleston resident called 911. After cops arrived on that day in 2015, they searched the injured man’s home and found an ounce of marijuana.
— So they took $1,800 in cash from his apartment and kept it.
— Police are systematically seizing cash and property — many times from people who aren’t guilty of a crime — netting millions of dollars each year. South Carolina law enforcement profits from this policing tactic: The bulk of the money ends up in its possession.

God, you’re making me happy
Pew Research
— People who are active in religious congregations tend to be happier and more civically engaged than either religiously unaffiliated adults or inactive members of religious groups, according to a new Pew Research Center analysis of survey data from the United States and more than two dozen other countries.

American scientists bailing out of academia
Pacific Standard
— A recent study following the careers of over 100,000 scientists for over 50 years found that half of university-hired scientists leave the academic life after just five years. That’s a huge increase over prior years: According to the study, which was published in the Proceedings in the National Academy of Sciences, academic scientists in the 1960s stayed in the ivory tower for an average of 35 years.
— How to explain this “revolving door,” as lead author, Indiana University professor Staša Milojević, calls it? Well, there’s money for one thing: The more profitable lure of industry is simply hard to resist for many would-be academics.

Trump blames Russia as US pulls out of nuclear arms treaty
AP
— The Trump administration said Friday it is freeing itself from the constraints of a nuclear arms control treaty with Russia and will begin withdrawing from the pact on Saturday.
— Trump blamed the Russians for the demise of the Cold War-era pact, known as the Intermediate-Range Nuclear Forces treaty.