“Why don’t they just steal $120 million like I did?”
(by those left-wing lunatics at Forbes)
— A multimillion-dollar lawsuit has been quietly making its way through the New York State court system over the last three years, pitting a private equity manager named David Storper against his former boss: Secretary of Commerce Wilbur Ross. The pair worked side by side for more than a decade, eventually at the firm, WL Ross & Co.—where, Storper later alleged, Ross stole his interests in a private equity fund, transferred them to himself, then tried to cover it up with bogus paperwork.

(The Guardian) — The Food and Drug Administration is sacrificing American lives by continuing to approve new high-strength opioid painkillers, and manipulating the process in favor of big pharma, according to the chair of the agency’s own opioid advisory committee.
— Dr Raeford Brown told the Guardian there is “a war” within the FDA as officials in charge of opioid policy have “failed to learn the lessons” of the epidemic that has killed hundreds of thousands of people over the past 20 years and continues to claim about 150 lives a day.
— Brown accused the agency of putting the interests of narcotics manufacturers ahead of public health, most recently by approving a “terrible drug”, Dsuvia, in a process he alleged was manipulated.

Anti-vaxxers cause measles outbreak in Oregon
Oregon Live
— On average, more than one person a day has been diagnosed with measles since Jan. 1 in an unusually large outbreak. Of the 23 people who have measles, 18 of those are 10 years old or younger. Only one is an adult.
>>>> Spreads to Seattle

Study: Red states most at risk of job loss to automation
Reuters
— The spread of computer-driven technology into middle-wage jobs like trucking, construction, and office work, and some lower-skilled occupations like food preparation and service, will also further divide the fast-growing cities where skilled workers are moving and other areas, and separate the high- skilled workers whose jobs are less prone to automation from everyone else regardless of location, the study found.

American knows it can’t “win” in Afghanistan
but neither can it seem to leave
The National Intererst
— A recent survey  found that 57 percent of Americans, including 69 percent of military veterans, said they would support a decision by the president to remove all troops from Afghanistan. But Washington’s foreign-policy elites—neoconservatives, defense hawks, and liberal interventionists alike—reject such a notion. According to Richard Hass , president of the Council on Foreign Relations, “Neither winning the war nor negotiating a lasting peace is a real option in Afghanistan. Just leaving, though, as we are about to do in Syria, would be a mistake.” 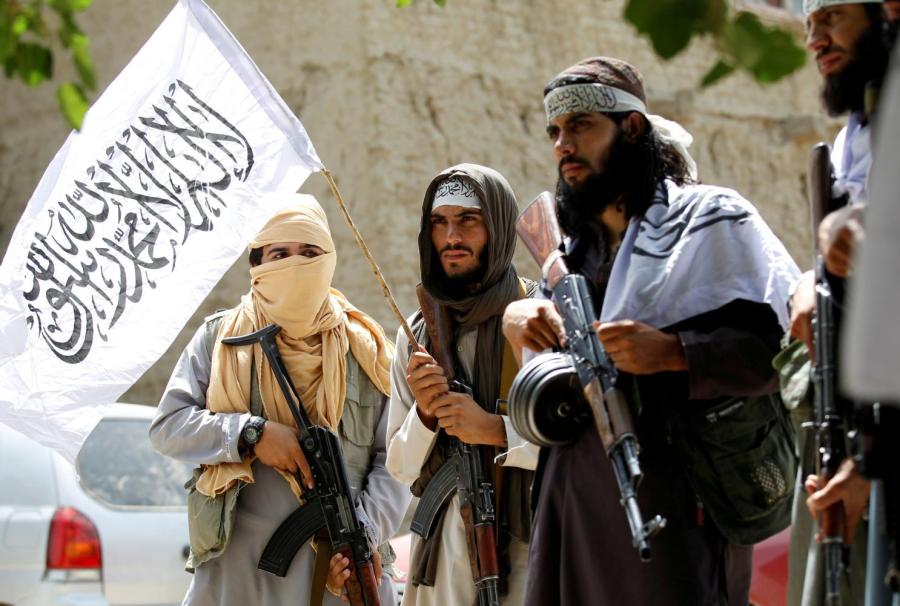 For Ireland, Brexit is about peace, not trade
Reuters
“… this is different for Ireland, this is existential. We’ve had 20 years of peace in Ireland, increased North-South co-operation, and the foundation for all of that was the European Union. That’s why for us this is a very different question. This is at a different level for us.”

‘The rent is not going to happen.’
TSA officers brace for second missed paycheck
CNBC
… Another officer, a father of three, said he plans to contact his bank because he likely won’t be able to make a mortgage payment on his house in northern Queens and that he’ll stay there “until we get evicted.”
— The officer, who declined to give his name because he wasn’t authorized to speak with reporters, said he continues to show up because he’s worried about getting fired if he doesn’t.

US way behind Europe in data privacy, and may never catch up
The Conversation

Venezuelan Guaidó Declares Himself President, With U.S. Backing
NPR
— In addition to the U.S., Canada and nine other governments in the Western Hemisphere, including Brazil, Argentina and Colombia, recognized Guaidó as interim president, the AP reports. The Organization of American States also backs Guaidó.
>>>> Russia warned the U.S. on Thursday not to intervene militarily in Venezuela, saying such a move would trigger a catastrophe. (Reuters/NBC)
>>>> 7 killed in Venezuela protests (The Independent)

Trump chump Cohen cites “threats to family,”
delays testimony before House
Politico
… because of the threats, which Davis alleges came from Trump and his personal attorney Rudy Giuliani “as recently as this weekend,” and because of Cohen’s “continued cooperation with ongoing investigations, by advice of counsel, Mr. Cohen’s appearance will be postponed to a later date,” he said.

Microsoft adds “fake news” filter to mobile browser
The Verge
— Microsoft has started warning users of its Edge mobile browser about untrustworthy news sites. The software giant has partnered with NewsGuard to provide warnings in its Edge browser for iOS and Android, and this functionality has been added this week as an optional setting.
NewsGuard was founded by journalists Steven Brill and Gordon Crovitz, and rates sites based on a variety of criteria including their use of deceptive headlines, whether they repeatedly publish false content, and transparency regarding ownership and financing.
>>>> Gannett lays off journalists across the country (Poynter)
>>>> BuzzFeed to Cut 15% of Its Workforce (Wall Street Journal)