Nail Salon Worker Killed Over A $35 Manicure
BuzzFeed
— Las Vegas police are searching for a woman they say killed a nail salon worker with a stolen car after refusing to pay for her $35 manicure on Saturday.
— The victim, 51-year-old Nhu “Annie” Ngoc Q. Nguyen — a mother to three daughters — was trying to stop the customer from leaving after her credit card was declined, police said. The woman drove her vehicle into Nguyen and dragged her briefly behind the car before taking off. 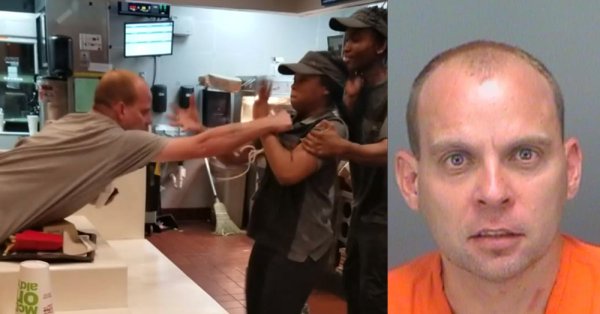 ‘He intentionally killed my child for no reason,’
says mother of 7-year-old killed in drive-by shooting
CNN
— When she heard the pop of gunfire, LaPorsha Washington threw her body over her eldest daughter in the front seat, shielding her during a Sunday morning coffee run with her children.
— “Get down,” she screamed to the three other daughters she couldn’t protect in the back seat. Gunfire from a pickup nearby shattered her driver’s side window.
— Authorities are still investigating a motive for the shooting, which happened in northeastern Harris County close to 7 a.m. Sunday. Washington and her daughters are black. The suspect is described as a bearded white male, possibly in his 40s.

How to lose big money selling on Amazon,
while losing sleep and working your ass off
The Atlantic
— Within six months, McDowell and Bjork had spent nearly $40,000, with almost nothing to show for it. So they auctioned off what inventory they could, paid Amazon to destroy the rest, and got out of the business. “It’s not a passive income; [it’s] a ton of work,” McDowell told me. “We lost all our savings—everything we had.”
——> Okay, people, have you not learned the First Rule of Trump University?  Anybody who promises to make you rich is scamming you.

As home sellers lower prices, 2019 starts as a buyer’s market
CNBC
— Asking prices for homes are finally coming down as rising interest rates and concerns about the economy rattle buyers.
— Home values in November were 5.1 percent higher compared with November 2017, according to a report released Wednesday by CoreLogic. But that is down from the 5.4 percent annual gain seen in October.
— CoreLogic is now projecting a smaller, 4.8 percent gain in November of 2019.

Why Millions Of Kids Can’t Read …
… And What Better Teaching Can Do About It
NPR
— Jack Silva didn’t know anything about how children learn to read. What he did know is that a lot of students in his district were struggling.
— Silva is the chief academic officer for Bethlehem, Pa., public schools. In 2015, only 56 percent of third graders were scoring proficient on the state reading test. That year, he set out to do something about that.
— “It was really looking yourself in the mirror and saying, ‘Which 4 in 10 students don’t deserve to learn to read?’ ” he recalls.
— Bethlehem is not an outlier. Across the country, millions of kids are struggling. According to the National Assessment of Educational Progress, 32 percent of fourth-graders and 24 percent of eighth-graders aren’t reading at a basic level. Fewer than 40 percent are proficient or advanced.
— One excuse that educators have long offered to explain poor reading performance is poverty. In Bethlehem, a small city in eastern Pennsylvania that was once a booming steel town, there are plenty of poor families. But there are fancy homes in Bethlehem, too, and when Silva examined the reading scores he saw that many students at the wealthier schools weren’t reading very well either.

‘The drought is over’:
US copyright expiry brings flood of works into public domain
The Guardian
It’s not only books: copyright in the US is also expiring on a host of films, paintings and music. 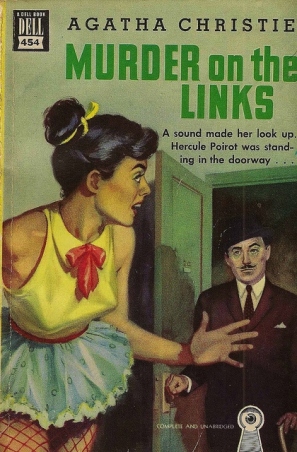 — “The public domain has been frozen in time for 20 years, and we’re reaching the 20-year thaw,” the center’s director Jennifer Jenkins told the Smithsonian. The magazine predicted that the release’s impact on culture and creativity could be huge, because “we have never seen such a mass entry into the public domain in the digital age”. Brewster Kahle, founder of the Internet Archive, told the Smithsonian: “We have shortchanged a generation. The 20th century is largely missing from the internet.”
— The expiration means anyone can publish an edition, to take one example, of Agatha Christie’s The Murder on the Links. That novel, alongside thousands of other books, will become part of the repository of texts on sites such as the Internet Archive and Google Books. Writers will be able to use it as inspiration, creating new works or sequels based on it. Students will be able to quote freely from it; theatre producers will be able to adapt it.
— “We can’t predict what uses people are going to make of the work we make available,” Mike Furlough, executive director of HathiTrust, told the magazine. “And that’s what makes it so exciting.”
>>> How to download the latest copyright-free works
Motherboard

Ohio doctor fired after saying she would give Jews ‘the wrong meds’
The Hill
— Corporate spin: “She is no longer working at Cleveland Clinic. In no way do these beliefs reflect those of our organization.”

Because this is America!
Dude doesn’t get his taco sauce, so naturally he shoots up the joint
Oklahoma News4

Now US cities fear becoming the “next Seattle”
Seattle Times
— “Seattle-ization” is a thing now, at least according to a New York Times article published last week. It’s described as “a particularly dire diagnosis,” and characterized by high housing costs and tech wealth, a combination that’s thoroughly transformed the city in an alarmingly short span of time.
— Even in New York City, apparently, some folks are terrified that the planned Amazon campus there could turn the place into “Seattle on steroids,” according to Vice Magazine.
— It’s a little unsettling to find out we’ve become other cities’ worst-case scenario. But it’s also understandable, when you consider not just how expensive Seattle has become, but how quickly it happened.

Court affirms: Google’s got a right to your face
Courthouse News Service
——–> Because Google’s a corporation, and you’re not.

China: We’ll take Taiwan by force if necessary
Toronto Globe & Mail
— Chinese leader Xi Jinping has issued a new threat to use military force in Taiwan as Beijing intensifies efforts to achieve unification with the self-governing democratic region, holding up Hong Kong as a model for Taipei.
— In a major address on Wednesday, Mr. Xi promised economic gifts to Taiwan if it places itself under Beijing’s rule, saying “with the great motherland’s support, Taiwan compatriots’ welfare will be even better, their development space will be even greater.”
— What China calls “reunification” should happen peacefully and Beijing would protect Taiwan’s freedoms, Mr. Xi said, specifically pointing to the Hong Kong model of “one country two systems” as a Taiwanese solution.
>>> Many Chinese think Americans won’t fight
Stars & Stripes

You trusted a Chinese weather app? OMG!
Wall Street Journal
— A popular weather app built by a Chinese tech conglomerate has been collecting an unusual amount of data from smartphones around the world and attempting to subscribe some users to paid services without permission, according to a London-based security firm’s research.
— The free app, one of the world’s most-downloaded weather apps in Google’s Play store, is from TCL Communication Technology Holdings Ltd., of Shenzhen, China. TCL makes Alcatel- and BlackBerry -branded phones, while a sister company makes televisions.
— The app, called “Weather Forecast—World Weather Accurate Radar,” collects data including smartphone users’ geographic locations, email addresses and unique 15-digit International Mobile Equipment Identity (IMEI) numbers on TCL servers in China, according to Upstream Systems, the mobile commerce and security firm that found the activity. Until last month, the app was known as “Weather—Simple weather forecast.”