Cops, schools had no duty to protect kids from shooter, judge rules
Orlando Sentinel
… “for such a duty to exist on the part of defendants, plaintiffs would have to be considered to be in custody” — for example, as prisoners or patients of a mental hospital, she wrote.

Dozens of ‘serious’ complaints against Kavanaugh DROPPED because he’s now a Supreme
CNBC
— Federal judges reviewing complaints lodged against Supreme Court Justice Brett Kavanaugh said Tuesday that the allegations against the former federal appeals court judge are “serious.”
— But they ruled that it must dismiss them without determining their merits because of Kavanaugh’s October confirmation by the U.S. Senate.
— Judge Timothy Tymkovich wrote that “the complaints must be dismissed because an intervening event — Justice Kavanaugh’s confirmation to the Supreme Court — has made the complaints no longer appropriate for consideration ….”
———–> Ah yes, America. Where no one is above the law.

Facebook lied, once again, about user privacy
Seattle Times hop over NYT paywall
— For years, Facebook gave some of the world’s largest technology companies more intrusive access to users’ personal data than it has disclosed, effectively exempting those business partners from its usual privacy rules, according to internal records and interviews.
— The special arrangements underscore how personal data has become the most prized commodity of the digital age, traded on a vast scale by some of the most powerful companies in Silicon Valley and beyond.

Senate passes prison sentencing reform
Slate
— “Once signed into law, thousands of inmates will be eligible for immediate sentencing reductions and expanded early-release programs,” the New York Times reports. “Going forward, the effect will grow as thousands of new offenders receive reduced sentences and enter a changed prison system.” More from the Times:
— In all, it includes four changes to federal sentencing laws. One would shorten mandatory minimum sentences for some nonviolent drug offenses, including lowering the mandatory “three strikes” penalty from life in prison to 25 years. Another would provide judges greater liberty to use so-called safety valves to go around mandatory minimums in some cases. The bill would also clarify that the so-called stacking mechanism making it a federal crime to possess a firearm while committing another crime, like a drug offense, should apply only to individuals who have previously been convicted. Finally, the bill would allow offenders sentenced before a 2010 reduction in the sentencing disparity between crack and powder cocaine to petition for their cases to be re-evaluated. The provision could alter the sentences of several thousand drug offenders serving lengthy sentences for crack-cocaine offenses.

100 days to Brexit, and businesses brace for economic shock
— LONDON (Reuters) – With just 100 days until Brexit, the United Kingdom is on the brink of leaving the European Union without a divorce deal, the nightmare scenario for many businesses which are now planning for an economic shock.
……. Business leaders fear additional checks on the post-Brexit UK-EU border will clog ports, silt up the arteries of trade and dislocate supply chains across Europe and beyond.

US mercenary guilty of murder in Baghdad massacre
The Guardian 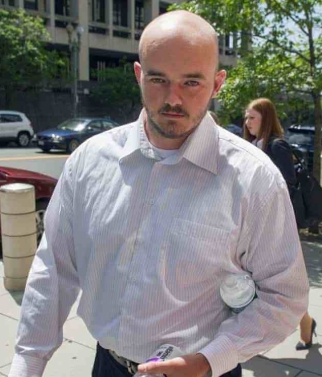 — A former security guard for the US firm Blackwater has been found guilty of murder for his role in a notorious massacre of unarmed civilians in downtown Baghdad in 2007.
— Nicholas Slatten, 35, was convicted of first-degree murder by a federal jury in Washington on Wednesday after five days of deliberations.
— Slatten was convicted of killing Ahmed Haithem Ahmed Al Rubia’y, 19, an aspiring doctor who was one of more than a dozen civilians killed by Blackwater guards in Baghdad’s Nisour square on 16 September 2007.
——> It’s such an excellent idea for the US to hire mercenaries because … because … ah, we don’t have enough soldiers? Is that it?

Last GOP House member in New England pleads for court help
Faux News
——–>The people told him to go away but he’s not listening
— The last remaining Republican congressman in New England filed an appeal Tuesday that seeks to undo the election of his Democratic opponent under Maine’s new voting system, asking the court to act quickly as the swearing-in of new U.S. House members nears.
— A federal judge last week rejected U.S. Rep. Bruce Poliquin’s concerns over the constitutionality of ranked voting, a system used in November for the first time in a congressional race. 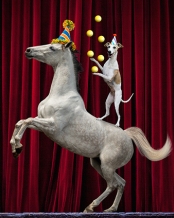 Step right up, folks, only $1 dollar, see the dog ride the pony
— Musk bores 1-mile tunnel under L.A. …. media swoons
— Somebody or other filed a lawsuit over “dance moves.” Filing fee: $75. Publicity generated: Priceless.
— Publicity agent for someone named Cardi B has been active lately
— Retiring politician named Ryan, having failed to kill Social Security, soft soaps his legacy