Europe’s restless workers
Employers try to screw workers via overtime law; protests erupt
NPR
— Hungarian prime minister Viktor Orbán, a darling of Europe’s far-right, has tightened his grip on power in ways that have shocked the European Union.
— His ultranationalist Fidesz party has gamed the electoral system, shut down most independent media, forced out an American university and even created new administrative courts that will be directly controlled by the government.
— But none of these measures have generated the type of outrage in Hungary that has greeted a new law that allows employers to ask staff to work up to 400 hours of overtime per year. Employers can delay these overtime payments for up to three years.

End gerrymandering, Americans say
But their politicians aren’t listening
Brennan Center
…. The strongest support this cycle for redistricting reform came in Ohio, where in May voters approved a constitutional amendment banning partisan gerrymandering with a whopping 75 percent of the vote. To be sure, the amendment, known as Issue 1, did better in districts held by Democrats. But it received majority support in all 88 of Ohio’s counties, and it won supermajorities in every one of Ohio’s 16 congressional districts.

Court Pulls Permit For Pipeline Crossing Appalachian Trail
NPR
— U.S. Forest Service “abdicated its responsibility to preserve national forest resources” when it issued permits for the Atlantic Coast Pipeline to build through parts of the George Washington and Monongahela National Forests and a right of way across the Appalachian Trail.
— “This conclusion,” they wrote in a unanimous judgment, “is particularly informed by the Forest Service’s serious environmental concerns that were suddenly, and mysteriously, assuaged in time to meet a private pipeline company’s deadlines.”

US troops now indefinitely in Syria, for how long, nobody’s saying
Stars & Stripes
———> Another in the long series of America’s undeclared, unconstitutional lawyers. Where do all the Supreme Court’s conservative defenders of the Constitution stand? Well, for the most part, they’ve been sitting since WW II.

Article I, Section 8, Clause 11 of the United States Constitution
The Congress shall have Power… To declare War, grant Letters of Marque and Reprisal, and make Rules concerning Captures on Land and Water;

2 Iowa school districts to teach “firearms safefty” to ALL kids
The Hill
— “If my 12-year-old girl is out babysitting a 3-year-old and the 3-year-old walks out of mom and dad’s bedroom with a handgun or a shotgun, she needs to know how to handle that,” says school admin.
——–> Really? That’s your rationale?

At funeral, priest shames boy who committed suicide
USA Today
— “There were actually a couple of younger boys who were Maison’s age who left the church sobbing,” Jeff Hullibarger said. The bereaved father at one point walked to the pulpit and whispered to the priest, “Father, please stop,” but their pastor continued with statements denouncing the way their son’s life ended, the couple said.

Sinclair Broadcasting, in act of genuine compassionate conservatism, fires 22-year-old reporter after she was diagnosed with cancer 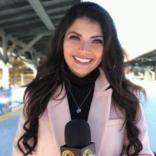 The Chattanoogan.com
— A popular young reporter for NewsChannel 9 has been terminated by Sinclair Broadcasting as she battles cancer.
— Alex George wrote on her Twitter account on Friday, “Hi all, I want to clarify for those who asked. I want to assure you that treatment is going incredibly well. The decision was not made by me it was @WeAreSinclair. They terminated my contract.”

"Two months later, Alex George got a call from her supervisors at the TV station. They informed her Sinclair Broadcast Group was terminating her contract about six months early. She had been receiving disability payments while getting treatment. That immediately stopped."

Federal judge: Obamacare unconstitutional
Denver Post
— A federal judge in Texas threw a dagger on Friday into the Affordable Care Act, ruling that the entire health-care law is unconstitutional because of a recent change in federal tax law.
— The opinion by U.S. District Judge Reed O’Connor overturns all of the sprawling law nationwide.
— The ruling came on the eve of the deadline for Americans to sign up for coverage in the federal insurance exchange created under the law.
— Since the suit was filed in January, many health-law specialists have viewed its logic as weak but nevertheless have regarded the case as the greatest looming legal threat to the 2010 law, which has been a GOP whipping post ever since and assailed repeatedly in the courts.
— The Supreme Court upheld the law as constitutional in 2012 and 2015, though the first of those opinions struck down the ACA’s provision that was to expand Medicaid nationwide, letting each state choose instead. No matter how O’Connor ruled, legal experts have been forecasting that the Texas case would be appealed and could well place the law again before the high court.

FROM BLOOMBERG: A federal judge’s Friday evening ruling that the Affordable Care Act is unconstitutional was a first-round victory for opponents of the law. But it will need to survive review by higher courts to have any effect on the program that’s credited with expanding health insurance to about 19 million people in the U.S.

Wisconsin’s Walker signs sweeping lame-duck GOP bills
AP
——–> US seems to excel at electing stupid, destructive cowards.
— Wisconsin Gov. Scott Walker signed a sweeping package of Republican-written legislation Friday that restricts early voting and weakens the incoming Democratic governor and attorney general, brushing aside complaints that he is enabling a brazen power grab and ignoring the will of voters.
— Walker signed the bills just 24 days before he leaves office during an event at a state office building in Green Bay, about 130 miles from his Capitol office.

Johnson & Johnson knew for decades that asbestos lurked in its Baby Powder
Reuters
— Facing thousands of lawsuits alleging that its talc caused cancer, J&J insists on the safety and purity of its iconic product. But internal documents examined by Reuters show that the company’s powder was sometimes tainted with carcinogenic asbestos and that J&J kept that information from regulators and the public.

“But I’m a nurse, I use it to help people,” Isela remembers telling her agent. “If there is an overdose, I could save their life.”

Weekly Standard: RIP
CNN
— The Weekly Standard, the magazine that espouses traditional conservatism and which has remained deeply critical of Trump, will shutter after 23 years, Clarity Media Group, the owner of its publisher announced Friday morning. It will publish its final issue on December 17.

Euros to May: Get lost
CNBC
— Britain’s embattled Prime Minister Theresa May will go back to London empty-handed on Friday, after racing to Brussels to try to get a few more concessions from the European Union.
— The prime minister was hoping to get “legal and political” reassurances from the other 27 member countries regarding the Irish backstop — the biggest stumbling block preventing progress in the Brexit process.
——> The centuries of Britain’s callous, brutal treatment of the Irish have finally come back to screw them over, royally. British greed divided Ireland in the first place, and now it’s a divided Ireland that will likely cause the Brits a disastrous crash-out Brexit.

California politician/doctor arrested after daughter reports spanking to teacher
CBS News
— “She was really angry that he spanked her. She woke up angry. And she went to school angry. And she wanted to be heard,” mother Elizabeth Arambula said.
— Joaqin Arambula, a board-certified physician, maintains his innocence. “I’m a healer by nature, I’m a doctor. And it’s not in my nature to actually be assertive and aggressive like that.”
——> Don’t you just love when people say “that wasn’t really me, I’m not like that.” ?

Chief justice of California Supreme Court leaves GOP over Kavanaugh confirmation
The Hill
— Chief Justice Tani Cantil-Sakauye told CALmatters that she had been deliberating her decision for a while but made up her mind after watching the backlash following multiple sexual assault allegations leveled against Kavanaugh.

4,000-Year-Old Game Board Carved into the Earth Shows How Nomads Had Fun
Live Science
…. Archaeologists at the park knew about the holes in the rock shelter, but not that they had been used as a board game.The holes are cut into the rock of the shelter in a distinctive pattern that shows how they were used, Crist said. “There is no doubt in my mind — the games played for about 1,500 years, and very regular in the way that it’s laid out,” Crist said.