Report: Khashoggi was cut up while still alive
Middle East Eye
— It took seven minutes for Jamal Khashoggi to die, a Turkish source who has listened in full to an audio recording of the Saudi journalist’s last moments told Middle East Eye.
— Khashoggi was dragged from the consul-general’s office at the Saudi consulate in Istanbul and onto the table of his study next door, the Turkish source said.
— Horrendous screams were then heard by a witness downstairs, the source said.
— “The consul himself was taken out of the room. There was no attempt to interrogate him. They had come to kill him,” the source told MEE.
— The screaming stopped when Khashoggi – who was last seen entering the Saudi consulate on 2 October – was injected with an as yet unknown substance.
— Salah Muhammad al-Tubaigy, who has been identified as the head of forensic evidence in the Saudi general security department, was one of the 15-member squad who arrived in Ankara earlier that day on a private jet.
— Tubaigy began to cut Khashoggi’s body up on a table in the study while he was still alive, the Turkish source said.

One Khashoggi assassin was pal of the crown prince
MSN News
— One of the suspects identified by Turkey in the disappearance of the Saudi dissident Jamal Khashoggi was a frequent companion of Crown Prince Mohammed bin Salman — seen disembarking from airplanes with him in Paris and Madrid and photographed standing guard during his visits this year to Houston, Boston and the United Nations.
— Three others are linked by witnesses and other records to the Saudi crown prince’s security detail.

JUDGE CUTS BREAK FOR MANY CHEATED STUDENTS
A judge ruled on Tuesday that an Obama-era set of consumer protections for defrauded students will go into effect immediately, after repeated attempts by the Trump administration and the for-profit college sector to delay the regulation.
Read it at CNBC

Advertisers accuse Facebook of deception (No. Say it ain’t so!)
Wall Street Journal
— “Facebook’s internal efforts behind the scenes reflect a company mentality of reckless indifference toward the accuracy of its metrics,” the plaintiffs said in Tuesday’s filing.

Births outside marriage rise dramtically in US, Europe
Bloomberg
— An increasing number of births happen outside of marriage, signaling cultural and economic shifts that are here to stay, according to a new report from the United Nations.
— Forty percent of all births in the U.S. now occur outside of wedlock, up from 10 percent in 1970, according to an annual report released on Wednesday by the United Nations Population Fund, the largest international provider of sexual and reproductive health services. That number is even higher in the European Union. 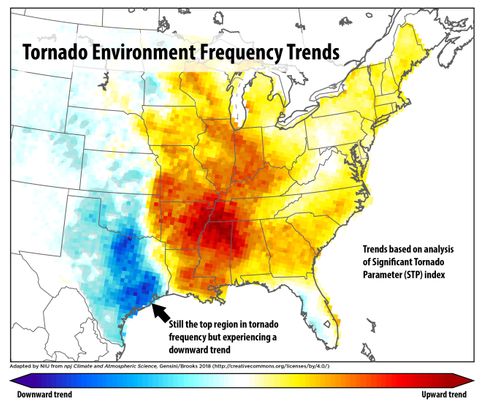 No, LaCroix bubble water isn’t poisoning you
like you were a giant cockroach
538

Vast archive of tweets reveals work of trolls backed by Russia and Iran
The Guardian
— The database reveals the astonishing extent of two misinformation campaigns, which spent more than five years sowing discord in the US and had spillover effects in other national campaigns, including Britain’s EU referendum.
— Twitter announced on Wednesday that it was making the tweets available to researchers and the public to support broader analysis of how misinformation campaigns operate.

Scotland’s $2 Billion Salmon Industry Is Thriving — But At What Cost?
NPR
… the environmental issues — as well as responses to them — such as sea lice infestations, disease outbreaks, fish escapes, feed sustainability, and biological and medical waste. Because Scottish salmon farms consist of large, open metal cages that sit above the seabed, everything that goes in or comes out also affects the marine ecologies surrounding them.