Not really a surprise … spend big, win big in politics

(538) — How strong is the association between campaign spending and political success? For House seats, more than 90 percent of candidates who spend the most win. From 2000 through 2016, there was only one election cycle where that wasn’t true: 2010. “In that election, 86 percent of the top spenders won,” said Sheila Krumholz, executive director of the Center for Responsive Politics, a nonpartisan research group that tracks campaign fundraising and spending.

It’s the damn Russkies behind sonic attacks, US spies say
NBC News
— Intelligence agencies investigating mysterious “attacks” that led to brain injuries in U.S. personnel in Cuba and China consider Russia to be the main suspect, three U.S. officials and two others briefed on the investigation tell NBC News.

California’s pot is a little hinkey
AP
— Nearly 20 percent of marijuana products in California have failed tests for potency and purity since the state started requiring the checks on July 1, a failure rate some in the industry say has more to do with unrealistic standards and technical glitches than protecting consumer safety.

Federal deficit soars 32 percent to $895B
The Hill

Climate extremes ‘key driver’ behind rising global hunger: UN
Phys.Org
— “The number of people who suffer from hunger has been growing over the past three years, returning to levels that prevailed almost a decade ago. Equally of concern is that 22.2 percent of children under five are affected by stunting in 2017,” said the document.

Even the Marines are getting the hell out of Florence’s way
Stars & Stripes
>>> Latest from the National Hurricane Center
>>> Or check out S. Carolina’s news site The State
>>> Or N. Carolina’s News & Observer
>>> A pretty good chance FEMA will screw this up too
Reason
— As of 2017, FEMA was still terrible at giving money to the right people. A December 2017 inspector general report revealed FEMA’s “lack of process” when it comes to tracking insurance requirements. “Without a reliable system to track insurance information, FEMA risks providing duplicate assistance,” the report stated, meaning that “billions of dollars of taxpayer funds have been and will continue to be at risk of fraud, waste, and abuse.”

Of course semi-automatic guns are deadlier.
Here’s why scientists took so long to say so.
Popular Science
— The 1996 Dickey Amendment states that “none of the funds made available for injury prevention and control at the Centers for Disease Control and Prevention may be used to advocate or promote gun control.” A similar phrase added into a piece of 2011 legislation also prevents the National Institutes of Health from spending money on gun research.

— China’s highest paid movie star Fan Bingbing, who has not been seen in public since July, was placed last in an academic report ranking A-list celebrities on their social responsibility.
— The 36-year-old actress has been a household name in China for years and tasted Hollywood success with a role in the 2014 blockbuster “X-Men: Days of Future Past”.
Last year, she topped Forbes magazine’s list of top-earning Chinese celebrities with income of 300 million yuan ($43 million).
— But she has gone quiet in recent months, following allegations of tax evasion.

Georgia charter school to bring back paddling
Newser
— The Georgia School for Innovation and the Classics says there is now “one more tool that we have in our disciplinary toolbox”—a paddle to hit misbehaving children with. The K-9 charter school in Hephzibah says it is bringing back paddling as a form of punishment, though it doesn’t plan to use it without the consent of parents. School officials say they sent consent forms home with children and got around 100 back, with around a third of parents who responded giving them permission to paddle. “In this school, we take discipline very seriously,” says Superintendent Jody Boulineau. “There was a time where corporal punishment was kind of the norm … and you didn’t have the problems that you have.” 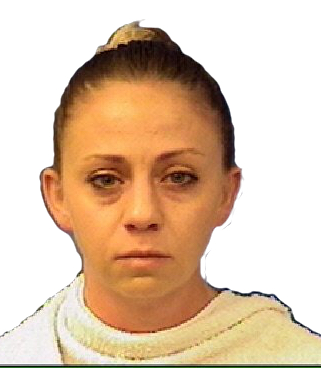 — An off-duty Dallas police officer told authorities she believed she had discovered a burglar inside her unlit apartment Thursday. That’s why she fired her service weapon at Botham Shem Jean, according to an affidavit released by police on Monday after prosecutors formally charged Amber Guyger with manslaughter.
— According to the new documents, Guyger, 30, told Texas Ranger David Armstrong that her door was ajar when she arrived at her downtown Dallas apartment. She saw a “large silhouette” inside, drew her handgun and gave “verbal commands that were ignored” by Jean, 26. Guyger pulled the trigger, hitting Jean in the torso. He died of the injury hours later.
(And here’s a puzzler:)
— Guyger told investigators that she called 911, first turning on the lights while on the call. “Upon being asked where she was located by emergency dispatchers, Guyger returned to the front door to observe the address and discovered she was at the wrong apartment,” the affidavit said.
(If she thought she was at in her apartment, why would she need to return to the front door to observe the address?)
… Lee Merritt, an attorney representing the Jean family, told The Washington Post that Guyger’s claims in the affidavit are inconsistent with evidence that has been presented to the district attorney. “There are witnesses who said that before the gunshots they heard the officer knocking at the door and repeatedly saying, ‘Let me in.’”