Doctors ponder lifting barriers to live organ donation
AP
— Surgeons turned down Terra Goudge for the liver transplant that was her only shot at surviving a rare cancer. Her tumor was too advanced, they said — even though Goudge had a friend ready to donate, no matter those odds.
— “I have a living donor — I’m not taking away from anyone. I’m trying to save my own life,” she pleaded. Finally, the Los Angeles woman found a hospital on the other side of the country that let the pair try.
— People lucky enough to receive a kidney or part of a liver from a living donor not only cut years off their wait for a transplant, but those organs also tend to survive longer. Yet living donors make up a fraction of transplants, and their numbers have plateaued amid barriers that can block otherwise willing people from giving. Among them: varying hospital policies on who qualifies and the surprising financial costs that some donors bear.
— Now researchers are exploring ways to lift those barriers and ease the nation’s organ shortage.

California officials: Staffs at 2 nursing homes abandoned the old folks during wildfires
KTVU/AP
— A state investigation has found that staff at two senior care facilities abandoned residents during an evacuation as wildfires swept through Northern California last October.
— Officials announced Thursday that they’ve moved to revoke licenses from the Santa Rosa facilities and their top administrators.
— The Department of Social Services investigation says more than 20 people would have died when a dementia facility burned to the ground if family members and emergency responders hadn’t evacuated them after all staff left.

Kavanaugh plumbs his own depths, and wow
USA Today
Supreme Court nominee Brett Kavanaugh, already vehemently opposed by abortion-rights advocates, further alienated that contingent during his Senate testimony Thursday when he referred to some forms of birth control as “abortion-inducing drugs.”

TVA accused of discouraging solar power
Courthouse News Service
— The lawsuit filed Thursday in Florence, Alabama, federal court says the federally owned corporation – which is the largest public power company in the nation – violated federal law because it did not “disclose and consider the reasonably foreseeable environmental impacts” of its fees changes.

√ Editor’s note: I really do wonder whether Musk is putting on an act to drive down the stock price so he can take Tesla private. Sheer speculation, but … maybe?

The Billionaires club plans to ruin public education, starting in Arizona
The Guardian
— Six women inspired a statewide movement and got hundreds of volunteers to brave Arizona’s torrid summer heat to collect signatures – in parks and parking lots, at baseball games and shopping malls. Their message was that billionaire outsiders were endangering public education by getting Arizona’s legislature – in part through campaign contributions – to create an expensive voucher program.
— “We knew something was rotten in the state of Arizona,” said Beth Lewis, a fifth-grade teacher who is president of Save Our Schools. “We drew a line in the sand. We said, ‘We’re not going to let this happen.’” Lewis said Arizona’s schools are so underfunded that some classes have 40 students and her school needs to ask a private citizen to donate money when a teacher needs a set of books for her class.

√ What is it about America, and our penchant for producing unhinged rich guys? Trump, the Koch Bros., Amway Queen Betsy DeVos, Musk and now Papa John making weird claims trying to blame others for what he said with his own stupid mouth?

… Great Again…
Should you buy a ‘bulletproof backpack’ for your child? We tested their performance
NorthJersey.com
— In North Jersey and across the nation, millions of children return to the classroom this week. And some will be equipped with a grim piece of back-to-school gear: bullet resistant backpacks.
— All the focus on school safety, in the wake of multiple school shootings nationwide, left us at NorthJersey.com and the USA TODAY NETWORK New Jersey asking: Do bullet resistant backpacks actually work?

Police officer in Goodyear, AZ punched a woman in the face with his entire body weight and then dragged her across the street.

… The Goodyear Police Department is investigating an incident involving one of its officers after video surfaced on social media Thursday showing a woman being punched, then yanked from her car and thrown onto the ground.
>>> Dallas cop shoots intruder dead … but she was the real intruder
>>> UPDATE: She will face manslaughter charge

MAKE AMERICA SAY HUH? AGAIN
“You’ll have a country that’s going to turn into a third-world country because if the opposite party becomes president, every time before it even starts, before you even found out whether or not he or she is going to do a great job, they’ll say, ‘We want to impeach him,'”
Trump at last night’s Montana “rally”

Dems: If we get a majority, we grab Trump tax returns
The Hill
— The Democrats contend existing law empowers the tax-writing committees to access a president’s tax history. If the House flips, they say they’ll use their gavels to move swiftly to do just that.
— “I don’t think there’s any question about it,” said Rep. John Yarmuth (D-Ky.), the ranking member of the House Budget Committee.

We don’t need no stinking vaccines
Passengers on four Southwest flights warned of measles exposure
NBC5 Dallas
— The CDC typically notifies passengers within two rows of an infected person, but with Southwest’s open seating policy it’s hard to know who sat where so everyone on the flights will be notified.

Florida Gov’s financial trail leads to Cayman isles tax haven
Miami Herald
“The governor had no role in selecting that investment,” said a spokesman. “The blind trust is managed by an independent financial professional who decides what assets are bought, sold or changed.”

Cops raid couple who raised $400,000 for homeless man
Gizmodo
— On Thursday, authorities executed a search warrant at the home of a New Jersey couple who raised $400,000 to help a homeless man last year.
— The raid comes two days after the couple’s lawyer revealed that the money is all gone despite the fact that it wasn’t properly transferred to its intended recipient. The couple has been accused of fraud and conspiracy to appropriate the money for their own personal use. 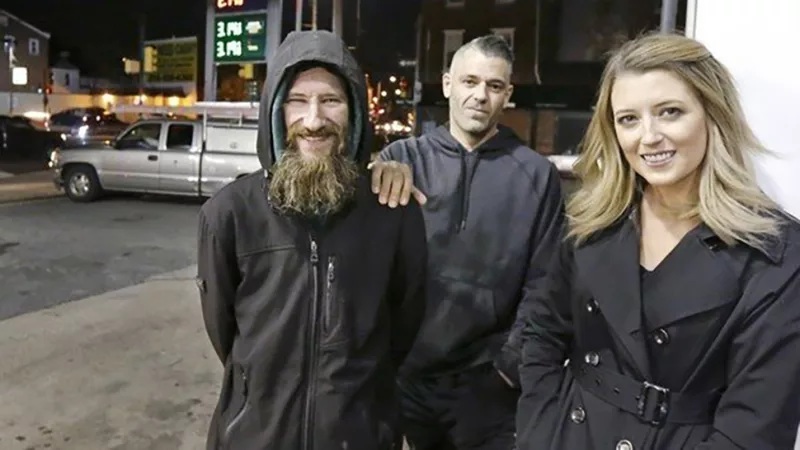