Justice Kennedy to retire; GOP pushes for quick replacement
NY Times
— Justice Anthony M. Kennedy announced on Wednesday that he will retire this summer, setting in motion a furious fight over the future of the Supreme Court and giving President Trump the chance to cement a conservative judicial philosophy on the American legal system for generations.
— A critical swing vote on the sharply polarized court for nearly three decades, Justice Kennedy, 81, embraced liberal views of gay rights, abortion and the death penalty even as he helped conservatives trim voting rights, block gun control measures and unleash campaign spending by corporations.
— His replacement by a conservative justice — something Mr. Trump has vowed to insist upon — is certain to reshape the country’s legal landscape and could imperil a variety of landmark Supreme Court precedents on social issues, like abortion, where Justice Kennedy frequently sided with his liberal colleagues.

A stunner in Queens, a political earthquake in DC
Politico

— Rep. Joe Crowley’s stunning loss has left House Democratic leadership scrambling for answers — and has left-wing, Bernie Sanders-aligned activists feeling emboldened.
— Fewer than 30,000 votes were cast in the Democratic primary in New York’s 14th District, but the race has already rocked the political world from Queens to Capitol Hill. — Crowley, the fourth-ranking Democrat in the House, was defeated Tuesday by a 28-year-old, first-time candidate and member of the Democratic Socialists of America.
— The future of the House Democratic conference is suddenly jumbled, and potential 2020 candidates are already linking themselves with giant-slayer Alexandria Ocasio-Cortez and her liberal platform.

So-called President takes the news with his usual grace:

Congrats to the Democrats, who after last night are now officially the Party of impeachment, open borders, abolishing ICE, banning the 2nd Amendment and unbridled socialism.

The Democrat Party of John F. Kennedy is dead. RIP.

In fear of Blue Wave, Cons purging voter rolls
Politicus USA
… stepping up pressure on state election officials to remove registered voters from their eligible voter lists … a stronger effort to remove Democratic-leaning voters before the midterm elections in November.

Tariffs put largest US nail maker on brink of failure
CNN Money
— The Mid-Continent Nail plant in Poplar Bluff, Missouri, laid off 60 of its 500 workers last week because of increased steel costs. The company blames the 25% tariff on imported steel. Orders for nails plunged 50% after the company raised its prices to deal with higher steel costs.
— The company is in danger of shutting production by Labor Day unless the Commerce Department grants it an exclusion from paying the tariffs, company spokesman James Glassman told CNN’s Poppy Harlow.
>>> Automakers warning: tariffs mean job cuts
Reuters 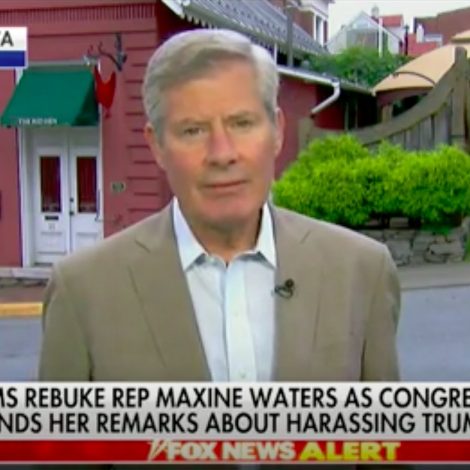 — Thousands of illegal immigrants with deep roots in their adopted communities are being locked up and separated from their families. And as Morena Vasquez’s experience shows, the impact can be devastating.
… … For more than a year, Vasquez languished in the crowded detention center. She repeatedly asked an immigration judge for bond so she could await her day in court back with her family. And repeatedly, bond was denied as ICE argued that she was a flight risk. Even after a judge ruled that she had the right to stay legally and permanently in the United States, she was kept locked up for five more months as ICE fought the decision.

Nope, N. Korea isn’t junking its nukes, far from it
Stars & Stripes
— North Korea is making improvements to its main nuclear complex “at a rapid pace,” a report said, even as the communist state engages in diplomatic efforts over its weapons programs.
— The findings come after North Korean leader Kim Jong Un’s agreement to the “complete denuclearization” of the peninsula during his June 12 summit with Trump.

Book claims much of Florida will be under water in near future
The Charlotte Observer
— There are 6 million people who live in South Florida, and half of that population lies in the immediate danger zone if those assessments are correct.
— “The numbers slice nearly evenly,” Elizabeth Rush writes. “Heads or tails: call it in the air. If you live here, all you can do is hope that when you put down roots your choice was somehow prophetic.”

Opioid deaths may have been undercounted — by 70,000
Gizmodo
— The death toll of the US opioid crisis has been seriously lowballed, suggests a new study published Wednesday in Public Health Reports. It found that many states have failed to identify fatal drug overdoses specifically caused by opioid use over the past two decades.
— Since 1999, there might have been as many as 70,000 opioid-related deaths across the country that were never counted as such.

Airline passengers freaked by false alarm raid at JFK
USA Today
— Terrified passengers in a plane about to take off at New York’s JFK Airport had to put their hands up and drop their cell phones as FBI agents and other law enforcement stormed the plane after a hijacking alert was mistakenly set off.

Judge orders US to re-unite migrant families in 30 days
The Guardian
— US immigration agents can no longer separate immigrant parents and children caught crossing the border from Mexico illegally and must work to reunite those families that had been split up in custody, a federal judge has ruled.
— The US district court judge Dana Sabraw in San Diego on Tuesday granted the American Civil Liberties Union (ACLU) a preliminary injunction in a lawsuit filed over family separations.
— Sabraw ordered US border authorities to reunite separated families within 30 days, setting a deadline in a process that has so far yielded uncertainty about when children might again see their parents.
— If children are younger than five, they must be reunified within 14 days.

— The East Pittsburgh police officer who fired three shots and fatally struck 17-year-old Antwon Rose Jr. in the back as he ran from a traffic stop has been charged with homicide.
— Court documents indicate that Michael Rosfeld, 30, of Penn Hills, faces a single count of criminal homicide.
— He was arraigned on his charges on Wednesday morning, and is scheduled for a preliminary hearing on July 6. Rosfeld is free on $250,000 unsecured bail.

Vertical, high-tech retirement villages are on the rise
Phys.Org

… a growing number of retirees who are leading a more active retirement, perhaps still working part-time, want to live closer to the bright lights of the city. It is here that the next generation of retirement living is becoming established in cities around Australia, New Zealand, Europe and the US.
… Similar to luxury hotel suites, residents would have a spectrum of in-house services and entertainment options presented via internet-connected smart TVs. Multimedia suites would be there for augmented or virtual reality experiences – travel and education being among them. In-house cinemas would host movie nights.