Raw Story
— The U.S. Supreme Court on Tuesday handed Donald Trump one of the biggest victories of his presidency, upholding his travel ban targeting several Muslim-majority countries.
— The 5-4 ruling, with the court’s five conservatives in the majority, ends for now a fierce fight in the courts over whether the policy represented an unlawful Muslim ban. Trump can now claim vindication after lower courts had blocked his travel ban announced in September, as well as two prior versions, in legal challenges brought by the state of Hawaii and others.
>>> The Supreme Court that Mitch McConnell rigged is delivering for GOP
Politicus USA
√ And so, my friends, we enter the Dark Ages. Hunker down. Be well.

US 70-year run as dominant power is at an end
By Gordon Adams
The Conversation
I am a foreign policy scholar and practitioner who has studied U.S. foreign policy through many administrations. I believe the global trend spells the end of the “exceptional nation” Americans imagined they were since the nation was founded and the end of the American era of global domination that began 70 years ago. We are no longer the “indispensable” nation celebrated by former Secretary of State Madeleine Albright at the end of the last century.

Trump warns he’ll slap “big tax” on Harley Davidson
The Hill
The Fake President accused Harley-Davidson on Tuesday of using the European Union’s retaliatory tariffs on its motorcycles as an “excuse” for shifting some of its production abroad, and warned that the company would not be able to sell its bikes back to the U.S. without “paying a big tax.”
>>> Surprise! Trump’s got his Harley facts all wrong
Bloomberg

California greens lose in climate change suit vs. Big Oil
The Hill
— A federal judge dismissed a pair of lawsuits that two California cities filed against major oil companies for their roles in climate change and its effects.
— Judge William Alsup stated in his late Monday ruling that his decision did not hinge on climate science and that there was no dispute about the harms of fossil fuels
— Alsup said the core questioned raised in the case were best left up to the federal government, Congress and international organizations.

Trump to grade Sarah Sander on her, uh, performances
Newsweek
— The Orange Buffoon reportedly told his White House Press Secretary Sarah Huckabee Sanders that he is going to “grade” her appearances in public and hasn’t thought as highly of her for months.
— Trump has “routinely” asked individuals in private what their impression is of the press secretary, people close to the president told The New York Times in a report published Monday.
— Trump has considered Sanders weak since she remained seated at the head table during the White House Correspondents Dinner in late April when a comedian criticized her, instead of walking out of the room, according to the sources. 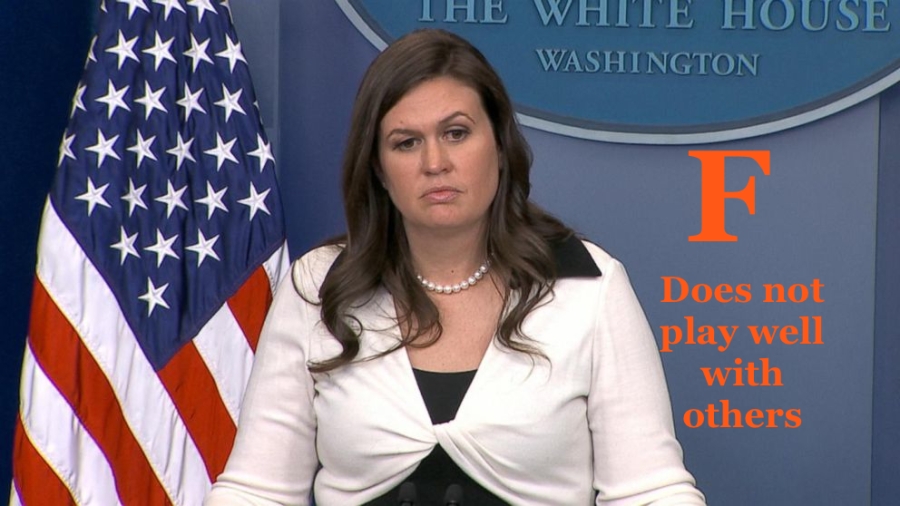 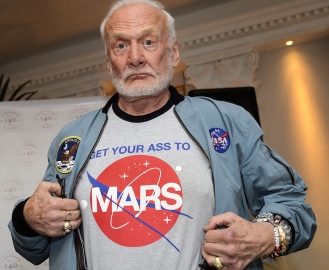 — Buzz Aldrin, the second person to walk on the moon and advocate of Trump’s space force, sued his son, daughter, and former manager in order to regain control of his assets, including multiple charitable foundations and millions of dollars worth of space memorabilia.
— Aldrin, who has previously sued a trading card company for using an image of him on the moon, claims that his son Andrew misused his personal credit cards. “The amounts are unknown in amount but substantial, potentially hundreds of thousands of dollars,” the lawsuit alleges. Moreover, Aldrin alleges that his son, former manager Christina Korp, and daughter, Jan, all undermined his “personal romantic relationships” by forbidding him from getting married.

Wells-Fargo accused of cheating customers —
— no, this is not an old headline
CNN Money
√ Which raises the question, why do these clowns have any customers at all? Have you people never heard of Credit Unions?

Even staffers “hate this mission” —
— inside one of Trump’s kiddie prisons
Vice News
TORNILLO, Texas — A senior official at a Texas tent camp that’s now housing more than 300 migrant children said Monday that even his own staffers don’t believe the Trump administration should have separated migrant families at the border.
— “They hate this mission,” the official said of Tornillo staffers, who are not government employees but hired through the private contractor BCFS, which operates the facility. “Everyone who’s working here would go home today.” 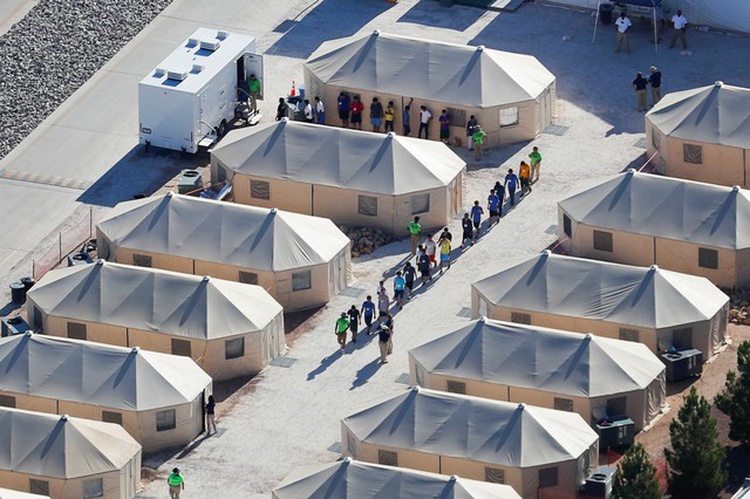 The Well-Regulated Militia
Child fires gun he found in IKEA store
Newser
–Police say a child fired a handgun after finding it in a sofa at an Ikea store in suburban Indianapolis. No injuries. Handgun’s owner wasn’t aware the weapon dropped from his pants when he sat on the sofa.

Dude who trains immigration judges says
3 and 4 year-olds can represent themselves in court
AlterNet
— Jake Weils’ testimony came as part of a lawsuit filed by the American Civil Liberties Union asking the government to provide attorneys for children who cannot afford a lawyer in immigration proceedings; he is an expert witness for the government
— “I’ve taught immigration law literally to 3-year-olds and 4-year-olds,” Weil said. “It takes a lot of time. It takes a lot of patience. They get it. It’s not the most efficient, but it can be done.” 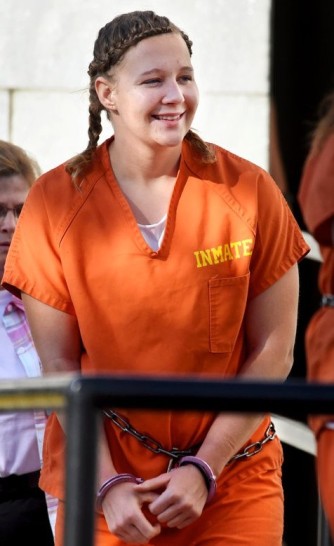 — Reality Winner, a former Air Force linguist who was the first person prosecuted by the Trump administration on charges of leaking classified information, pleaded guilty on Tuesday as part of an agreement with prosecutors that calls for a sentence of 63 months in prison.
— Winner, who was honorably discharged from the Air Force in 2016, was working as a contractor for the National Security Agency when she obtained a copy of a report that described hacks by a Russian intelligence service against local election officials and a company that sold software related to voter registration.

US Farmers killing themselves 5x the rate of general population
CBS MoneyWatch
— Finances are a major reason. Since 2013, farm income has been dropping steadily, according to the U.S. Department of Agriculture. This year, the average farm’s income is projected to be 35 percent below its 2013 level
— “The current incomes we’ve seen for the last three years … have been about like farm incomes from early in this century,” said Hurt, a professor of agricultural economics at Purdue University in Indiana.