How the Koch Bros. are killing public transit in US
NY Times
NASHVILLE, Tenn. — A team of political activists huddled at a Hardee’s one rainy Saturday, wolfing down a breakfast of biscuits and gravy. Then they descended on Antioch, a quiet Nashville suburb, armed with iPads full of voter data and a fiery script.
— The group, the local chapter for Americans for Prosperity, which is financed by the oil billionaires Charles and David Koch to advance conservative causes, fanned out and began strategically knocking on doors. Their targets: voters most likely to oppose a local plan to build light-rail trains, a traffic-easing tunnel and new bus routes.
… … One of the mainstay companies of Koch Industries is a major producer of gasoline and asphalt, and also makes seatbelts, tires and other automotive parts. Even as Americans for Prosperity opposes public investment in transit, it supports spending tax money on highways and roads.

Buyers tied to Russia paid $109 million CASH for Trump properties
McClatchy
— Many of them made purchases using shell companies designed to obscure their identities.

Lying Trump says crime in Germany up,
but the truth is, it’s way down
CBS News

How China can hit back in a long, grinding trade war with US
South China Morning Post
“The Chinese view this as an exercise in self-flagellation, meaning that the country that wins a trade war is the country that can endure most pain,” said Andrew Polk, co-founder of research firm Trivium China in Beijing. “[China] thinks it can outlast the US. They don’t have to worry about an election in November, let alone two years from now.”
— Aside from slapping tariffs on American products, China’s arsenal of potential retaliatory measures is formidable, and it could inflict heavy punishment on the more than US$200 billion of investment by American companies in China.
— Increased safety inspections and delays in approving imports are possible tools, as are consumer boycotts of American goods sold in China’s rapidly growing retail market, or stemming a flow of free-spending tourists to the US.

75 bipartisan former US Attorneys
ask Sessions to end family separations
Politico
— “Traumatizing children by separating them from their parents as a deterrent for adult conduct is, in our view, sufficient reason to halt your policy,” the former U.S. attorneys wrote in their letter to Attorney General Jeff Sessions.
— “But as former U.S. Attorneys, we know that the collateral consequences of this ill-advised approach ultimately render us less safe as a nation … the time a Department attorney spends prosecuting misdemeanor illegal entry cases, may be time he or she does not spend investigating more significant crimes.”
>>> Methodists would un-church Sessions for child abuse
AlterNet
>>> Not like Nazi Germany, Sessions says. Nope. Oh, wait!
CNN
>>> Massive legal liability for US in child detention
Politicus USA
>>> Governors refuse to send National Guard to borders
Newsweek 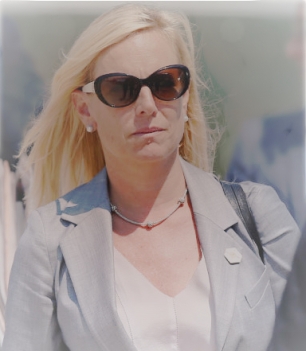 — The head of Homeland Security responded indignantly when asked whether she intended to create a situation in which thousands of children are caged in former big-box stores. “I find that offensive,” she said. “Why would I create a policy that purposely does that?”
— Except that her policy does EXACTLY THAT.
— And Trump hates her:
Trump has been livid about Kirstjen Nielsen’s performance in what is potentially the biggest domestic crisis of his presidency. He has told allies that he already felt “duped” that Nielsen, who was not a Trump supporter during the 2016 campaign, was appointed to succeed Kelly, her close ally, in the first place, an adviser said.
… In private, Nielson and Sessions have pointed the finger at each other when pressed about the rising number of illegal border crossings, but Nielsen has borne the brunt of Trump’s frustration. 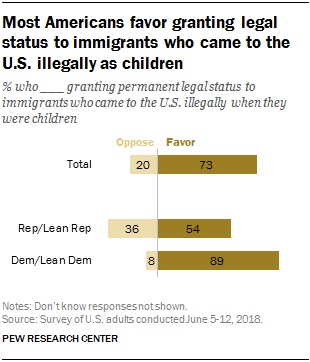 THE WELL-ARMED MILITIA
20-year old rapper XXXTentacion killed
in Florida shooting.
NPR
— the Broward Sheriff’s Office says Jahseh Onfroy (which is the rapper’s birth name) was “approached by two armed suspects,” with at least one firing a gun at Onfroy during a possible robbery. Police dispatch audio obtained by TMZ mentions “several gunshots” and a “possible drive-by.”

T-Mobile, Sprint file for merger approval at FCC
The Hill
Another monopoly. Sure. Why not? What the hell.