These US workers are being paid like it’s the 1980s
Bloomberg
— Thanks to a web of loopholes and limits, the federal government has been green-lighting hourly pay of just $7.25 for some construction workers laboring on taxpayer-funded projects, despite decades-old laws that promise them the “prevailing wage.”
— Over the past year, the U.S. Department of Labor has formally given approval for contractors to pay $7.25 for specific government-funded projects in six Texas counties, according to letters reviewed by Bloomberg. Those counties are among dozens around the nation where the government-calculated prevailing wage listed for certain work—like some carpenters in North Carolina, bulldozer operators in Kansas and cement masons in Nebraska—is just the minimum wage.
>>> Senator: Federal minimum wage lags inflation
Politifact 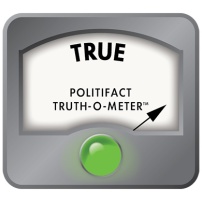 Grizzly bears can now be hunted,
but challenges mount
And states are cautious
Newser

So-called Christians strong against accepting refugees
Pew Research
— By more than two-to-one (68% to 25%), white evangelical Protestants say the U.S. does not have a responsibility to accept refugees.

The Well-Regulated Militia
Today’s School Shooting: Noblesville, Indiana
… get the latest from the Indianapolis Star
>>> Shootout at an OK restaurant
AP
— Three people were shot and wounded at an Oklahoma City restaurant and one person was injured while fleeing before the gunman was shot dead by two armed citizens, police said Friday.
— Police released a statement alleging that 28-year-old Alexander Tilghman opened fire inside Louie’s On The Lake around 6:30 p.m. Thursday, wounding a 39-year-old woman and two juvenile girls. An unnamed man fell and broke his arm while fleeing.
— Tilghman was then shot dead outside the restaurant by two citizens identified by police as Carlos Nazario and Bryan Wittle.

Wal-Mart could easily give workers big raises … instead …
Raw Story

— “With over 1 million hourly employees, ending Walmart’s stock buyback program and redirecting those funds toward investments in employee compensation would provide a huge benefit to American workers, families, and our economy at large,” the Roosevelt Institute points out.
— Currently, starting wage for new workers falls below the federal poverty line.

How rural America became a hospital desert
The Guardian
— Since 2010, 53 rural hospitals have closed – many in counties with poverty rates lower than average – leaving residents stranded in times of need.
— Many people in these areas piece together incomes with contract jobs that don’t offer insurance. Hospitals are often left to pay the bills for the poorest and sickest, and the math worsened as legislatures in the region rejected Medicaid expansion.

Despite its promises, Facebook running partisan ads in Ireland vote
Vice News
… dozens of anonymous accounts that have been buying ads on Facebook in the run-up to the vote, with most claiming to be neutral while advocating to retain the restrictive abortions laws in Ireland.

— A grim-faced Harvey Weinstein was brought into Manhattan Criminal Court in cuffs Friday to face rape and sexual assault charges from two women.The disgraced former movie mogul agreed to post $1 million cash bail and surrender his passport.
— Weinstein, 66, had turned himself into police earlier Friday — facing down a horde of at least 100 reporters and photographers on his way into the NYPD’s 1st Precinct in lower Manhattan.
√ Gaggle of newsies = Dog & Pony Show
√ So he’s free on bail but if he was poor he’d be penned at Rikers Island.