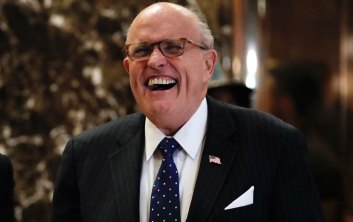 –– The US government secured a criminal conviction against Purdue Pharma in the mid-2000s but failed to curb sales of the drug after Giuliani reached a deal to avoid a bar on Purdue doing business.
— Purdue Pharma hired Giuliani, the former New York mayor and now Donald Trump’s lawyer, to head off a federal investigation in the mid-2000s into the company’s marketing of the powerful prescription painkiller at the centre of an epidemic estimated to have claimed at least 300,000 lives.
— While Giuliani was not able to prevent the criminal conviction over Purdue’s fraudulent claims for OxyContin’s safety and effectiveness, he was able to reach a deal to avoid a bar on Purdue doing business with the federal government which would have killed a large part of the multibillion-dollar market for the drug.
— Giuliani also secured an agreement that greatly restricted further prosecution of the pharmaceutical company and kept its senior executives out of prison.

ACLU aska Amazon to quit selling facial-recognition tech to cops
AP
— The American Civil Liberties Union and other privacy activists are asking Amazon to stop marketing a powerful facial recognition tool to police, saying law enforcement agencies could use the technology to “easily build a system to automate the identification and tracking of anyone.”
— The tool, called Rekognition, is already being used by at least one agency — the Washington County Sheriff’s Office in Oregon — to check photographs of unidentified suspects against a database of mug shots from the county jail, which is a common use of such technology around the country.
— But privacy advocates have been concerned about expanding the use of facial recognition to body cameras worn by officers or safety and traffic cameras that monitor public areas, allowing police to identify and track people in real time.
>>> Orlando police already testing it
NPR

This Professor Was Accused Of Sexual Harassment For Years.
Then An Anonymous Online Letter Did What Whispers Couldn’t.
Buzz Feed

— Anneliese Harlander hadn’t thought much about the professor in the five years since graduating from UC Santa Cruz. But the memories flooded back this January, when an old college friend called to ask: Have you seen the letter?
— The long, single-spaced Google Doc, shared widely among UC alumni, contained explosive allegations about Gopal Balakrishnan, a Marxist historian.
>>> And the Chronicle of Higher Education fights back...
— The case of Gopal Balakrishnan, who is accused of serial harassment, has divided faculty at the University of California at Santa Cruz. Where is the line between aggressive action and vigilante justice? (Paywall)

Creeping lava flow threatens Hawaii power station
Gizmodo
— Molten lava from Hawaii’s Kilauea volcano has entered the grounds of Puna Geothermal Venture, a geothermal power plant that provides about 25 percent of the Big Island’s power.
— The 38 Megawatt Puna Geothermal Venture (PGV) power plant, which is located in the east rift zone of the Kilauea volcano, was shut down soon after the eruptions began on May 3. Yesterday, lava from Fissure 22 came to within 820 feet of the plant’s nearest well pad before stalling. Overnight, workers managed to cap the 11th and final well at the facility in anticipation of the lava eventually reaching the facility, and to prevent the uncontrollable release of toxic gases. 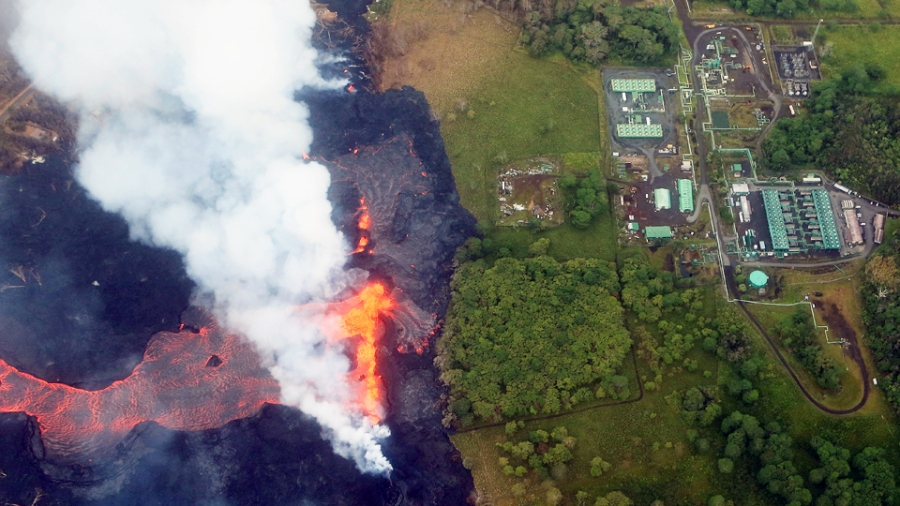 Democrats Next Big Thing: Government guaranteed jobs
NY Times (edited)
— Prominent Democrats — stung by their eroding support from working-class voters are embracing a big idea from a bygone era: guaranteed employment.
— The “job guarantee” plans, , vary in scope and cost, but all center on government-sponsored employment that pays well above the $7.25-an-hour federal minimum wage. . The most aggressive plans seek to all but eradicate unemployment and   pressure private employers to raise wages.
— How such guarantees would be paid for is unresolved.  Criticism has emerged not only from conservatives but also from liberals who say it’s the wrong way to attack the central issue:  stagnant wages.

— The Houston Texans stiff its cheerleaders for the hours they spend in the gym and at official team events, and fires them for complaining about the squad’s weight-shaming coach, a former cheerleader claims in a federal class action.

The Well-Armed Militia
Boy seeking snacks finds gun, shoots cousin
Cleveland.com
The victim, age 8, was rushed to Akron Children’s Hospital where he was listed in critical condition as of Monday morning. Investigators said the shooter, a  9-year-old boy, went into the kitchen to look for snacks when he opened a cupboard and found the handgun. He then pointed the gun at the younger boy and shot him.
>>> Armed kid chases adults off playground
Miami.com

— Washington and Lee University is considering hiring a genealogist to identify descendants of the 84 slaves owned by the university, and working toward some kind of reconciliation. Suggestions include funding school tuition at colleges of the descendants’ choice, hosting an annual gathering for living descendants on campus, and hosting campus lectures about the slaves’ contribution to the campus.

Trump, tired of winning, is losing to China and here’s three reasons why
Axios
North Korea, Steve Mnuchin and (surprise!)  a lack of focus internally. “The Chinese have played this beautifully.”

Who’s winning the trade wars? Certainly not the US
Politico
— Brazil could bring millions of new acres of land into production faster with the help of Chinese investments in its roads and railways, a boom for soybean farmers seeking an edge over U.S. farmers. In Europe, Airbus is poised to ramp up production to fill Chinese orders that were originally meant to go to U.S.-based Boeing. Australia, Canada and other countries may be able to export the scrap aluminum and other recyclables the U.S. used to send to China en masse. 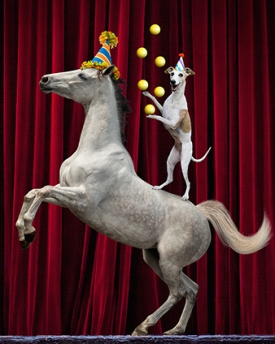 — Jack Morris, the lawyer for the 15-year-old who set the fire, called the figure “absurd” and “absolutely silly.” He also challenged the constitutionality of juvenile restitution on state, federal and policy grounds. He urged the judge to impose a “reasonable and rational” amount.
√ Seems the judge likes to make headlines. And speaking of headlines …

YA THINK?
“The (daily White House press) briefing has become more of a show than an outlet of information for the media.”
— Sean Spicer, former White House paid liar.

Grandstanding asshole Rep. Steve King introduces bill to jail officials who thwart ICE raids
Newsweek
√ Not gonna happen, but his rube supporters will cheer and the dumber ones will send him money.

>>> Friends of Steve defend Sage of the Cornfields
(Warning: it’s a satirical rant)