North Carolina teacher’s widely-noticed claim of poverty is a lie
Politifact
— His claim he was making “$53 a day to educate your child” turns out to be Fake Math.
Hate to bash a teacher but a lie is a lie, no matter who’s telling it.

No immigrant workers, no crabmeat
Voice of America
— “I don’t know what we would do or the whole area would do without them. I mean from the stores to… I don’t even know how to describe it because of the impact that they have. They keep it all moving.”
— Robin Hall, co-owner, GW Hall & Son Seafood. 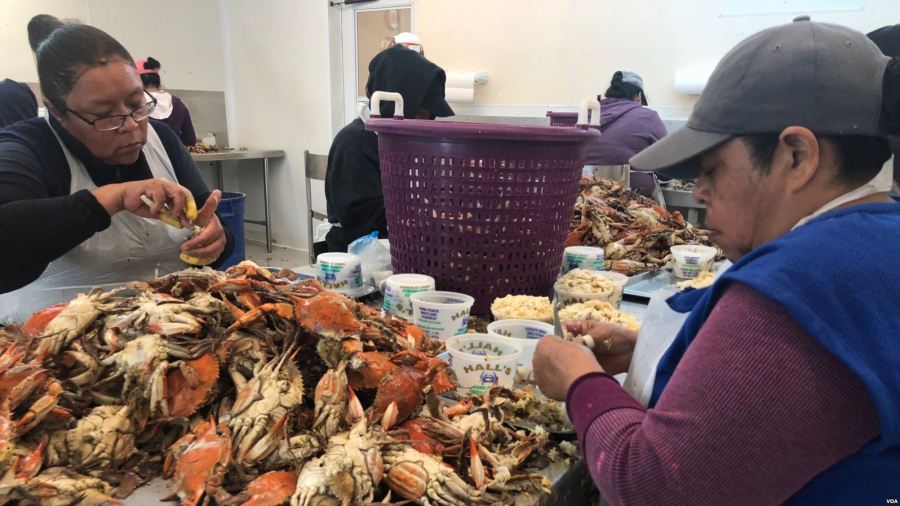 Beyond injections —  anti-allergy toothpaste
But of course, you can’t get it in Uh-Murrica, because ah…
Popular Science
— The idea is that patients use two dollops of the toothpaste, which comes in a pre-metered pump, daily in lieu of a weekly allergy shot. The toothpaste typically includes six to 10 of a patient’s key allergens; any more than that, Reisacher says, and the efficacy of the desensitization treatment may go down.

Charlie LeDuff anticipated all the problems that Trump’s election made plain to the rest of us—then he fell into The Hole himself.

Amsterdamn’s had it with you damn drunken, stoned tourists
AFP 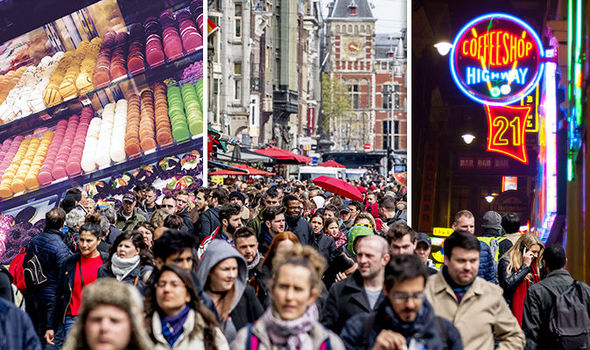 Under a plan “to seek a new balance” put forward by the four parties forming the city’s next coalition council, popular activities like beer-bikes and boozy boat trips will be sharply curtailed.

All 34 Chilean bishops resign in child abuse scandal
AFP
— Thirty-four Chilean bishops announced their resignation Friday over a child sex abuse scandal within the Church in Chile after three days of intense meetings with Pope Francis at the Vatican.
— “We, all the bishops present in Rome, have tendered our resignation to the Holy Father so that he may decide freely for each of us,” the bishops said in a statement read by a spokesman at the Vatican.

CDC: Hotel pools, hot tubs are major sources of illness
Time
— Between 2000 and 2014, the CDC recorded 493 disease outbreaks related to treated recreational water, resulting in more than 27,000 illnesses and eight deaths. And in almost a third of those outbreaks, the infections could be traced back to hotel pools, hot tubs and spas, the CDC says. In hotels, pools were a major culprit, but 65 cases stemmed from hot tubs or spas.

Almost everybody (but the media) ignores Trump’s tweets
538

Another step backward for Banana Republic of America
The Guardian
— The asshole’s administration will reinstate a decades-old policy that will strip federal funds from family planning clinics providing abortion or related services.

China buys record amounts of Russian soy, cancels US orders
Bloomberg
— China, the world’s biggest soybean importer, almost tripled purchases from Russia amid a trade dispute with the U.S., the biggest producer.
— Russia sold about 850,000 metric tons of soybeans to China from the start of the 12-month season in July through mid-May, according to Russia’s agriculture agency Rosselkhoznadzor. That’s more than during any season before and compares with about 340,000 tons sold during all of the previous period, Chinese customs data show.

Trump warns Kim: He’ll be the next Gaddafi
The Independent
— Donald Trump has warned Kim Jong-un that North Korea will be “decimated” if it does not agree a nuclear deal, and that Mr Kim himself will be treated in the same manner as slain Libyan leader Muammar Gaddafi.