Shocking, shocking I tell you
N. Korea dumps Trump
NY Times
“North Korea wanted to show that threatening to walk away from a meeting is a negotiating tactic it has mastered long before President Trump did,” said Lee Byong-chul, a senior fellow at the Institute for Peace and Cooperation in Seoul.

Gee, kinda reminds me of the Japanese internment, only worse
US ready to hold migrant children on military bases
Chicago Tribune

— The Trump administration is making preparations to warehouse migrant children on military bases, according to Defense Department communications, the latest sign the government is moving forward with plans to split up families who cross the border illegally.
— The Department of Health and Human Services will make site visits at four military installations in Texas and Arkansas during the next two weeks to evaluate their suitability for child shelters. 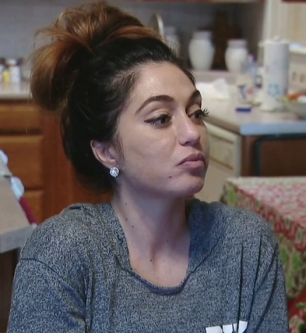 — Two years ago, police came upon DelTondo in a parked car with a juvenile student. She was questioned but not charged.
— However, a year later, a report of the incident was leaked to the press. Her employer, the Pennsylvania Cyber Charter School, and the Lincoln Park Performing Arts Charter School then suspended her.

Facebook debuts (ahem) “youth portal” hoping to be relevant to, you know, youth
Motherboard
Facebook launched a new feature called Youth Portal, which it describes as “a central place for teens.” In classic grownups-talking-to-the-youths fashion, it is replete with infantile animations, gratingly simplistic metaphors, and gentle rebukes about online behavior. And in classic Facebook fashion, it also includes several unsettling sections about data use.

The Air Force would like some help
finding box of grenades that “fell off a truck”
Gizmodo
— Did you happen to be walking down a gravel road in or near Mountrail County, North Dakota and find a big ol’ crate of explosive grenade rounds? The US Air Force meant to fire those somewhere else, and would really like it if you return them.

Women sweep to victory in House primaries
Politico
— In Pennsylvania, the state’s all-male congressional delegation is poised to gain several female additions, as women swept to House Democratic primary victories in a number of Democratic-leaning and contested districts.
— In Nebraska, another woman — a Bernie Sanders-style liberal the party fears could harm its chances of winning back the House this fall — narrowly defeated a top Democratic recruit for a battleground congressional seat.

The crumbling Iran deal will make Russia great again
Moscow Times Op-Ed
… the significant South Korean and Japanese markets are expected to toe the U.S. sanction line and refrain from importing Iranian oil. In that case, Russia will position itself to fill the supply gap.

Two Dems weaken, will vote for Torture Queen
The Guardian
— Her confirmation chances had been shaky since a hearing on Capitol Hill last week, amid an intense and continuing public debate on the torture of terrorism suspects. On Tuesday, Mark Warner, a Virginia senator and the senior Democrat on the Senate intelligence committee, and Senator Heidi Heitkamp of North Dakota both announced they would back Gina Haspel.

California court kills assisted suicide law
NPR
— Opponents have argued that the law could lead to coercion and abuse of terminally ill patients.
— “You have people at likely the most vulnerable time of their lives,” says Alexandra Snyder, executive director of the Life Legal Defense Foundation, one of the plaintiffs in the case.
— Those people are “potentially facing large medical expenses and that puts them in a position of being vulnerable to pressure not just from families but their own pressure that maybe this is a cheaper, less burdensome way to go.” Snyder says.

Assad is a monster for killing civilians, but uhm…
Did Israel use excessive force against Gazans?
BBC
— 100 dead people, 10,000 wounded would probably say yes.

… “when (Lucas Glover) plays a bad round of golf, (his wife) Krista proceeds to start an altercation with him and telling him how he is a loser and a pussy … how he needs to fire everyone and how he better win or her and the kids would leave him and he would never see their kids again.”
… Lucas told authorities that Krista “had been drinking throughout the day, and after playing a bad round of golf today, she began yelling at him in front of their kids and his mother,” the police report states. “Lucas advised Krista to stop the argument, while in front of the kids.” She put the kids to bed and Lucas was relaxing on the porch when she “began a physical altercation with him causing a laceration to his arm.”

CEO pay: They make $339 while workers make $1
The Guardian

Is it okay if I don’t read the 2,500 page Trump Tower Transcript because I already know that Trump is a criminal, coward, rapist, traitor and money launderer?
But if you want it, here it is (CNN)