LAUGH OF THE DAY

Scientists accidentally discover enzyme that eats plastic bottles
The Guardian
— Scientists have created a mutant enzyme that breaks down plastic drinks bottles – by accident. The breakthrough could help solve the global plastic pollution crisis by enabling for the first time the full recycling of bottles.
— The new research was spurred by the discovery in 2016 of the first bacterium that had naturally evolved to eat plastic, at a waste dump in Japan. Scientists have now revealed the detailed structure of the crucial enzyme produced by the bug.
— The international team then tweaked the enzyme to see how it had evolved, but tests showed they had inadvertently made the molecule even better at breaking down the PET (polyethylene terephthalate) plastic used for soft drink bottles. “What actually turned out was we improved the enzyme, which was a bit of a shock,” said Prof John McGeehan, at the University of Portsmouth, UK, who led the research. “It’s great and a real finding.”

Secret revealed: Cohen’s mystery client: Sean Hannity
Reuters
— As adult-film actress Stormy Daniels looked on, a federal judge ordered U.S. President Donald Trump’s longtime personal lawyer Michael Cohen to cough up the name of client he had hoped to keep secret at a Monday court hearing: Sean Hannity.
>>> ” Hannity says Cohen isn’t his lawyer, Cohen says he is. Man, I don’t know whom to believe — the guy who lies all the time and tweeted this, or the guy who lies all the time but was standing in front of a federal judge.”>>>
— Ken Tremendous on Twitter

Axios
— There’s a race to 5G and the U.S. is not winning — China and South Korea are, according to a report conducted by research firm Analysys Mason and released today by CTIA, the wireless industry association.
— The first country to deploy and commercialize the ultra-fast 5G mobile networks will have an enormous economic advantage— $500 billion in GDP and 3 million U.S. jobs, per a 2017 Accenture study. 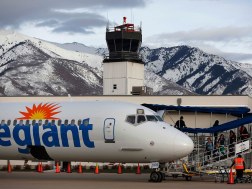 — “Public documents show an alarming number of aborted takeoffs, cabin-pressure loss, emergency descents and unscheduled landings,” according to a report the CBS program aired Sunday evening.
— The segment included interviews with shaken passengers and prominently featured a former member of the National Transportation Safety Board, John Goglia, who said he discourages family and friends from flying the carrier. Almost 30 percent of Allegiant’s planes are “antiquated” McDonnell-Douglas MD-80 aircraft, the program said.

Will “immunotherapy first” become standard cancer treatment?
The Telegraph (UK)
— Cancer patients should be given thorough immunotherapy before undergoing surgery to remove dangerous tumours, a new trial suggests.
— A study on lung cancer patients found that activating the immune system can prompt tumors into spreading friendly T-cells around the body, significantly reducing the chance of cancer returning after surgery.
— Scientists have hailed the new approach, called “cancer interception”, a “game-changer” potentially capable of stopping the disease in its tracks.

S. Africa politicians have ripped off more than $10 billion
leaving a nation angry and disillusioned
NY Times
… In the generation since apartheid ended in 1994, tens of billions of dollars in public funds — intended to develop the economy and improve the lives of black South Africans — have been siphoned off by leaders of the A.N.C., the very organization that had promised them a new, equal and just nation.
— Corruption has enriched A.N.C. leaders and their business allies — black and white South Africans, as well as foreigners. But the supposed beneficiaries of many government projects, in whose names the money was spent, have been left with little but seething anger and deepening disillusionment with the state of post-apartheid South Africa.

Urban millennials go to farmer school
Voice of America
LOUDOUN, VA — Doug Fabbioli is concerned about the future of the rural economy, as urban sprawl expands from metropolitan areas into farm fields and pastureland. The Virginia winery owner decided to be part of the solution and founded The New AG School, the school’s mission is raising the next generation of farmers. 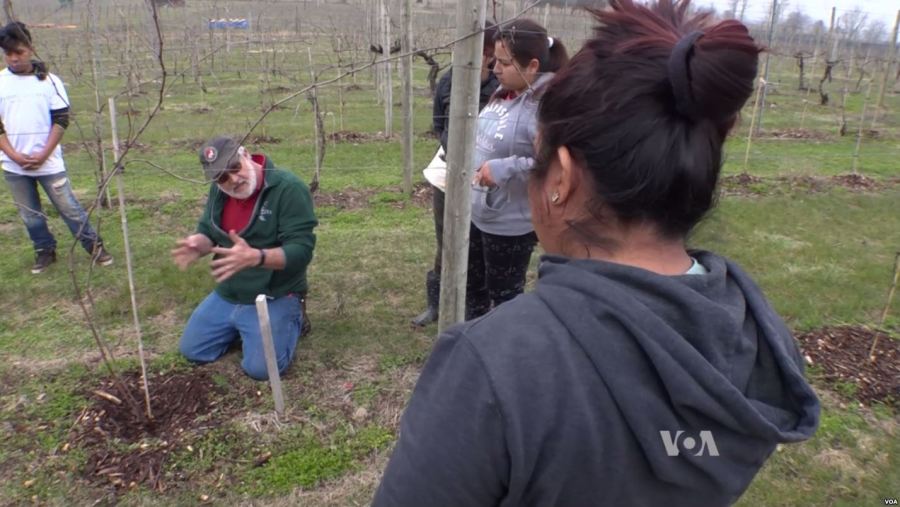 Damn the robots, says Tesla boss, bring back human workers
The Guardian
— Elon Musk has admitted that automation has been holding back Tesla’s Model 3 production and that humans, rather than machines, were the answer.
— The electric car maker’s chief executive said that one of the reasons Tesla has struggled to reach promised production volumes was because of the company’s “excessive automation … a mistake. To be precise, my mistake. Humans are underrated.”

NASA to launch telescope to search for exoplanets
Popular Science
“My passion is trying to figure out if we are alone in the universe, and what we need for that is planets where we can explore the air, where we get enough light to look at the atmosphere of those planets. [That means] we need planets that are close by, and that’s what TESS affords us.”
TODAY’S DOG AND PONY SHOW 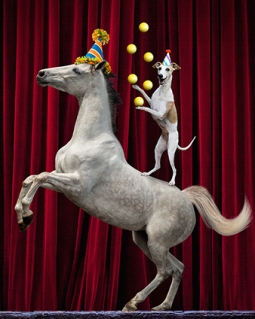 Comey takes his act
(and it is an act)
on the road
Axios
* MONEY If the publisher sells 1 million books, that will be worth at least $5-million to the author, just in direct royalties alone.
* AMBITION Does Comey think somebody named Comey should be the next GOP nominee for the Oval?

US claims of destroying Syria chem weapons are mostly PR
MSNBC
“The damage assessment is suspiciously quick.” said Anthony Cordesman, a former Pentagon official who is an analyst at the Center for Strategic and International Studies, a Washington think tank.