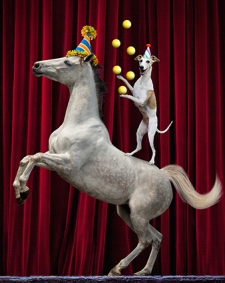 You got a lot of ‘splaining to do, Marky
Facebook sent a doctor on a secret mission
to ask hospitals to share patient data
CNBC
— Facebook was in talks with top hospitals and other medical groups as recently as last month about a proposal to share data about the social networks of their most vulnerable patients.
— The idea was to build profiles of people that included their medical conditions, information that health systems have, as well as social and economic factors gleaned from Facebook.
— Facebook said the project is on hiatus so it can focus on “other important work, including doing a better job of protecting people’s data.” 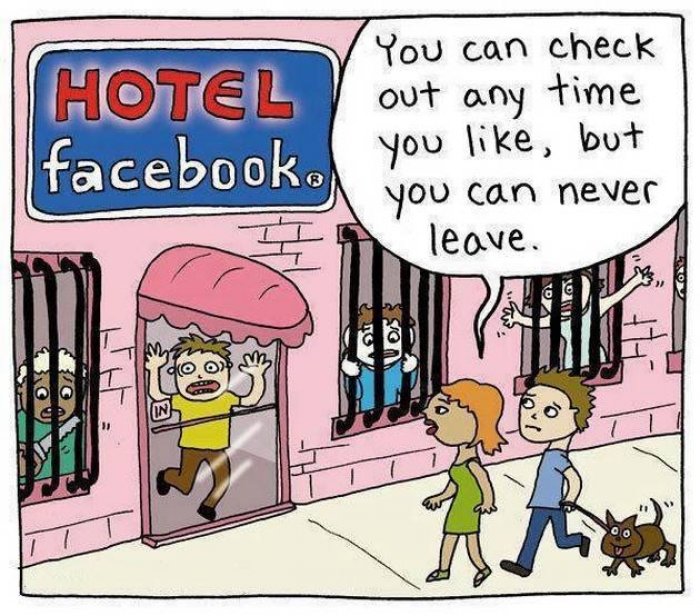 Zuckerberg emailed you?
Look again, his message disappeared
Gizmodo
Have you ever sent an email or text that you wish you could take back and delete forever? That’s not possible on the open web. But we now know that Mark Zuckerberg has the power to reach into every single Facebook inbox and delete messages that he’s sent. Zuck and other executives at Facebook have reportedly used that power multiple times. 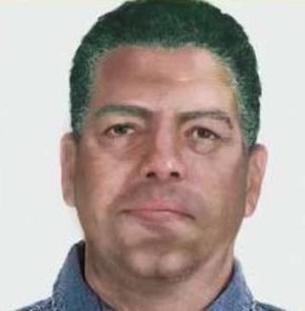 — For decades, authorities have wanted to nab an airline mechanic they say played a role in a 1996 plane crash in the Everglades that killed all 110 aboard.
— On Thursday, the FBI offered a $10,000 reward for the capture of Mauro Ociel Valenzuela-Reyes, a mechanic who worked for ValuJet Airlines’ maintenance contractor, SabreTech.
— He was facing federal criminal charges in 1999 when he vanished. “He fled before trial,” FBI Miami Special Agent Jacqueline Fruge said in a news release. 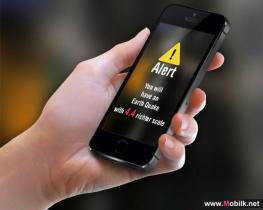 — Some people in Los Angeles knew about today’s earthquake before it even hit.
— Those who had the beta Quake Alert application on their smartphones got about a 30-second warning before the shaking hit at 12:29 p.m. PDT
— The magnitude-5.3 earthquake struck about 38 miles off the coast of California yesterday.

How China can win the trade war in 1 easy move
The Week
It’s all about rare earth metals. Tech companies need ’em. China’s got ’em. We don’t.
… they do play crucial roles in everything from smart phones to electric car motors, hard drives, wind turbines, military radar, smart bombs, laser guidance, and more. They’re also quite difficult to mine and process.

ABOUT THAT “TRADE WAR”
It seems this fellow’s on to something…
“Eddie B” commenting in NY Times
— The Chinese were planning to take up their “historical place” on the world stage – that is, to stand up to the West – after implementation of their Belt and Road Initiative. That initiative has far reaching aims, including strengthening China’s domestic economy, expanding markets for Chinese products and services, equipping Chinese military with advanced weaponry, and building global international alliances.
— However, after Xi and Trump met at Mar-a-Lago, Xi apparently took the measure of the man, and went back to Beijing convinced that NOW is the right time for China to make its move. He discerned that, with the current US president and administration, China has been offered a historical opportunity.
— So, he persuaded the Chinese leadership that seizing that opportunity would make it possible to achieve their long-term plans many decades earlier. The Chinese leadership … then changed the country’s constitution to allow Xi to serve more than two terms, partly to give him a free hand and, in part, to leave all the responsibilities of “the big move” at his door step.
— Given the Chinese view of the current White House, should an actual trade war start, China could engage in highly aggressive tactics that could hurt not only the US but China in the short-term. But Chinese leaders have no problem with that, as long as they can achieve their goals in the long-term. 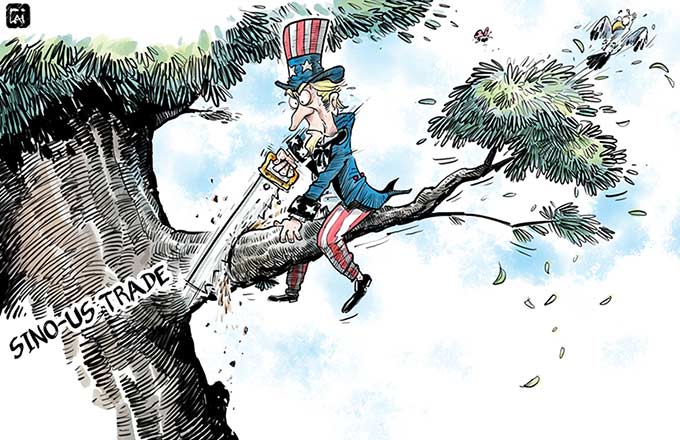 Gun shop owner refused to sell AR-15, may have prevented a mass shooting
Syracuse.com
— Twenty-two year old student Xiaoteng Zhan confessed to a friend that “the dark side” had prompted him to buy a gun, bulletproof vest and other things, according to Syracuse Deputy Police Chief Derek McGork.
— “I might use the gun to cause trouble,” Zhan reportedly said. “I have been preparing.”
— Police were able to arrest Zhan prior to carrying out the threat. They reportedly worked with a gun shop in New York’s Madison County to track the potential shooter on spring break in Mexico. The gun shop reported that Zhan wanted to purchase an AR-15, a weapon that has been used by mass shooters in previous incidents.
–Zhan should have been able to purchase the weapons legally, but the shop owner refused. The owner then followed Zhan to his car and wrote down his license plate number.

Making Afghanistan Great Again
How the Pentagon blew $60 million on a power station
Motherboard
— The United States has spent more than $800 billion on the war in Afghanistan, according to the Center for Strategic and International Studies. The bulk of that money was spent fighting the Taliban, but billions have also gone toward rebuilding the country and investing in its infrastructure. A lot of those projects haven’t gone well, and a $60 million power system in northeast Afghanistan that doesn’t provide any power is just the latest example.
— The US Army Corps of Engineers mismanaged the project so badly that its power station isn’t connected to a power source, hasn’t been tested, and “may be structurally unsound and pose a risk to Afghans who live near transmission towers and lines,” or who work at the station. 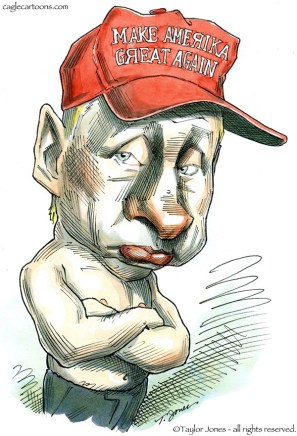 — The U.S. Treasury Department released a new wave of anti-Russia sanctions on Friday targeting 24 individuals and 14 entities linked to the Kremlin, in response to “malign” Russian actions that include alleged election meddling in the 2016 presidential election.
— The action, taken under pressure from the U.S. Congress, freezes the U.S. assets of “oligarchs” such as aluminum tycoon Oleg Deripaska and lawmaker Suleiman Kerimov, whose family controls Russia’s largest gold producer, Polyus. It follows the U.S. decision last month to sanction 19 people and five entities, including Russian intelligence services, for cyber attacks stretching back at least two years.
>>> There are no oligarchs in Russia, Kremlin claims

The mysterious case of the “missing nitrogen”
and its potential to moderate climate change
The Independent
‘This runs counter the centuries-long paradigm that has laid the foundation for the environmental sciences,” say researchers behind study.

Huge study finds minimum wage raise a benefit with few downsides
AlterNet
“Raising the minimum wage increases earnings growth at the bottom of the distribution, and those effects persist and indeed grow in magnitude over several years,” the authors write. At the same time, there’s little indication that other people lose their jobs as a result of the minimum wage — the outcome conservatives always warn about.

— The court found Park had colluded with her longtime friend Choi Soon-sil to solicit bribes from South Korean conglomerates including Samsung and the retail company Lotte in exchange for policy favors. Prosecutors charged Park with 18 separate crimes and accused her of working with Choi in taking bribes of at least £25m and pressuring companies to fund nonprofits run by Choi’s family. She was also accused of leaking classified information.
— Choi, a pastor’s daughter, was described in a US diplomatic cable as having “complete control over Park’s body and soul during her formative years”. Choi’s influence led one opposition lawmaker to describe Park’s government as “a scary theocracy”.