Trump plans to punish China
with sweeping tariffs, investment restrictions
NY Times
— Mr. Trump and his top trade advisers are readying a raft of actions to penalize China’s theft of American intellectual property, including tariffs on at least $30 billion of annual Chinese imports, people familiar with the discussions said.
— The measures, which could be announced as early as next week, may also include investment restrictions, caps on visas for Chinese researchers and challenges to China’s trade practices at the World Trade Organization. Those familiar with the planning cautioned that the timing could be delayed, and that such measures are likely to be introduced in stages.

Russia could have switched off US power grid?
NY Times
— The Trump administration accused Russia on Thursday of engineering a series of cyberattacks that targeted American and European nuclear power plants and water and electric systems, and could have sabotaged or shut power plants off at will.
— United States officials and private security firms saw the attacks as a signal by Moscow that it could disrupt the West’s critical facilities in the event of a conflict.
— They said the strikes accelerated in late 2015, at the same time the Russian interference in the American election was underway. The attackers had compromised some operators in North America and Europe by spring 2017.
>>> skip the paywall and read it on Vice News

After $131 per-year raise, Arizona teacher posts salary on Facebook
Scallywag & Vagabond
(It’s pathetic when an amateur web site posts a better story than the professional media, but there we have it.)

— Elisabeth Milich, a second grade teacher at Whispering Winds Academy in Phoenix took to Facebook to vent her frustration after completing 60 hours of professional development work, which only scored her an additional $131.25 pay rise. Her annual teacher’s salary is $35, 491.
— ‘I buy every roll of tape I use, every paper clip I use, every sharpie I grade with, every snack I feed kids who don’t have them, every decorated bulletin board, the list could go on. I love teaching! BUT…the reality is without my husband’s income I could NEVER be an educator in this state!’ 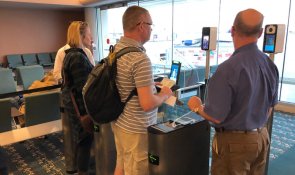 — At the Orlando International Airport, Britain-bound passengers — some wearing Mickey Mouse T-shirts and other Disney paraphernalia — lined up at Gate 80 recently for the evening British Airways flight to London’s Gatwick Airport. It looks like any other airport departure area, except for the two small gates with what look like small boxes on posts next to them. Those boxes are actually cameras.
— They were installed earlier this month by SITA, the Geneva-based company that develops information technology for the world’s airlines, in conjunction with British Airways and U.S. Customs and Border Protection, or CBP.

Some in GOP receptive to Trump’s plan to execute drug dealers
The Weekly Standard
Trump cheerleader Chris Collins was quick to offer his support for the proposal. “Absolutely,” said Collins. “I think we need to have real consequences.” And California Republican Darrell Issa, a member of the House Judiciary Committee, told me that using capital punishment for drug-related crimes could be a “useful tool” for law enforcement in fighting organized crime.

Why in the name of God did Wells Fargo
give their new CEO a 35% pay raise?
Vanity Fair
— Included on the company’s long list of bad behavior is a sham accounts scandal, plus: an incident wherein hundreds of thousands of customers were charged for car insurance they didn’t want or need; the overcharging of customers in the bank’s foreign-exchange business; a $108 million settlement over allegations it charged military vets hidden fees; and claimed improprieties in its wealth-management unit that are now being investigated by the Department of Justice.

Some in GOP pushing for internet sales tax
Wall Street Journal
The Journal opposes this, writing: Big retailers like Amazon and Walmart have the resources to comply with disparate tax rules across thousands of jurisdictions. Small businesses don’t.

Plattsburg, NY restricts bitcoin mining
to keep techies from hogging cheap electricity
Motherboard
— Mining is the extremely energy-intensive computational process that secures the Bitcoin blockchain and rewards miners with bitcoins. The Bitcoin moratorium was proposed by Plattsburgh Mayor Colin Read earlier this month after local residents began reporting wildly inflated electricity bills in January. The moratorium affects only new commercial Bitcoin operations and will not affect companies that are already mining in the city.
— “I’ve been hearing a lot of complaints that electric bills have gone up by $100 or $200,” Read said. “You can understand why people are upset.”

US Senate candidate proposes arming the homeless — with shotguns
The Guardian 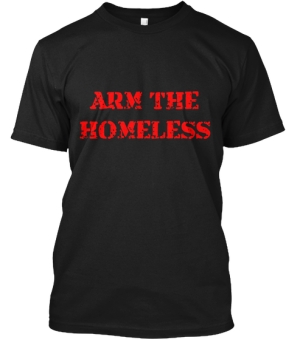 — A Michigan candidate for US Senate has proposed arming homeless people with pump-action shotguns in an effort to reduce crime.
— Brian Ellison, who is running against Democratic incumbent Debbie Stabenow, says homeless people are “constantly victims of violent crime” and providing them with firearms would provide a deterrent.
— Ellison, a Libertarian who is expected to be the party’s candidate in the November midterm election, said he had settled on pump-action shotguns for practicality purposes.
— (T-shirt can be yours for $21.99. Order now, before they’re all gone!)

For companies behind bridge collapse, this wasn’t the first time
Miami New Times
— Two of the biggest firms that built the Florida International University pedestrian bridge that collapsed today have recently been accused of unsafe practices. In one of those cases, another bridge project toppled onto workers.
— Update: The bridge collapse has now killed six people; the contractor behind the bridge is also a major political donor in Dade County.

Microsoft claims its machine can translate Chinese-to-English
as well as any human can
Phys.Org
Microsoft announced that its labs have developed an AI machine translation system that can translate from Chinese to English with the same accuracy as can a human. The researchers are at Asia and U.S. labs of Microsoft.

Bullshit alert
No, Scott Kelly’s DNA did not change in space
Gizmodo
Mark and Scott Kelly are still identical twins; Scott’s DNA did not fundamentally change. What researchers did observe are changes in gene expression, which is how your body reacts to your environment. This likely is within the range for humans under stress, such as mountain climbing or SCUBA diving.

Vancouver-Seattle-Portland high speed rail plan gets a look
The Province
On the heels of the Washington state legislature voting to move forward on further study of high-speed rail in the region, the B.C. government has announced Premier John Horgan will be joined in Downtown Vancouver on Friday by Washington Gov. Jay Inslee to make an announcement regarding ultra-high-speed corridor service connecting Vancouver with Seattle and Portland.

America’s coldest places are warming fast
NY Times
— Winters in the United States have gotten warmer in the past 30 years, and some of the coldest parts of the country have warmed up the most.
— In Minnesota, winters between 1989 and 2018 were an average of 3 degrees Fahrenheit warmer, compared to a 20th century baseline, according to data from the National Oceanic and Atmospheric Administration analyzed by The New York Times. Florida’s winters were 1.4 degrees warmer, on average, during that time.
— The most significant temperature increases can be seen in the Northern Great Plains, a region stretching from Montana to Michigan.