Rick Gates, Trump stooge, apparently blabbing secrets
Federal investigators willing to dismiss many charges
Axios
Robert Mueller’s decision to drop the more expansive charges suggests that Gates may have provided good information for Mueller’s probe. Gates still faces an advisory sentence of 57 to 71 months under his guilty plea, but the “prosecution can request a shorter sentence but isn’t required to do so.” Gates pled guilty last week to charges of conspiracy against the United States and lying to the FBI and the Special Counsel.

NSA chief: Trump has not ordered disruption of Russian meddling
The Guardian

“Freakishly warm” air settles over North Pole
Discover
Overall, the northernmost reaches of the Arctic, located at 80° north latitude and above, have been running a record-setting fever for weeks now, as this graphic from climatologist Zack Labe shows:

With DNA from a museum specimen,
scientists reconstruct the genome of extinct bird
Stat
Scientists at Harvard University have assembled the first nearly complete genome of the little bush moa, a flightless bird that went extinct soon after Polynesians settled New Zealand in the late 13th century. The achievement moves the field of extinct genomes closer to the goal of “de-extinction” — bringing vanished species back to life by slipping the genome into the egg of a living species, “Jurassic Park”-like.

Suspect in custody in “Facebook live” murder.
NY Daily News
Victim Prentis Robinson was known in the area for exposing drug dealers or reporting them to police. 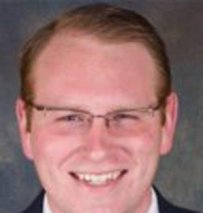 > BOILING SPRINGS, SC (FOX Carolina) – South Carolina Rep. Steven Long of Boiling Springs announced Monday that he will host a drawing to give away guns to teachers and show support for pro-Second Amendment legislation in the SC House.
> Long said he will give away 3 Smith & Wesson MP Shield 9mm handguns: one to a K-12 teacher, school staff member, or school administrator; one to a college or university faculty, staff member, or administrator; and one to “any freedom-loving patriot who wishes to participate in the drawing.”
> Long posted about the giveaway on Facebook Monday morning, and removed it soon thereafter.

Can US seize e-mails stored abroad?
Supremes will decide
NPR
> The case, United States v. Microsoft, involves a federal drug-trafficking investigation in which law enforcement obtained a warrant for all the data associated with a suspect’s Microsoft account. In response, Microsoft turned over the user’s account identification information that is stored in Redmond, Wash., but refused to disclose the content of the emails, which were stored in a data center in Ireland.
> Microsoft argues that an international treaty between the U.S. and Ireland is the only correct way to obtain the emails, and Ireland agrees. The treaty is known as the Mutual Legal Assistance Treaty.

Records show more warnings
about school shooter than sheriff admits
CNN
> As critics have taken aim at law enforcement for missing warning signs about South Florida school shooter Nikolas Cruz, public records have emerged that conflict with Broward County Sheriff Scott Israel’s statements about the number of times deputies were dispatched to the shooter’s home.
> Records obtained from the sheriff’s office by CNN show the law enforcement agency received at least 45 calls for service relating to Cruz or his brother from 2008 to 2017, before the attack at Marjory Stoneman Douglas High School in Parkland on Feb. 14. The sheriff’s office has insisted it received no more than 23 calls for service regarding Cruz or his family.