With zero births, right whale headed for extinction
The Guardian 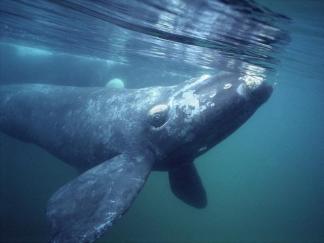 > Scientists observing the whale community off the US east coast have not recorded a single mother-calf pair this winter. Last year saw a record number of deaths in the population. Threats to the whales include entanglement in lobster fishing ropes and an increasing struggle to find food in abnormally warm waters.
> The combination of rising mortality and declining fertility is now seen as potentially catastrophic. There are estimated to be as few as 430 North Atlantic right whales left in the world, including just 100 potential mothers.
> “At the rate we are killing them off, this 100 females will be gone in 20 years,” said Mark Baumgartner, a marine ecologist at the Woods Hole Oceanographic Institution in Massachusetts. Without action, he warned, North Atlantic right whales will be functionally extinct by 2040.

Supremes reject Trump on “Dreamers”
Courthouse News service
> The U.S. Supreme Court on Monday rejected the Trump administration’s request to take up its challenge to a court order blocking the White House from shutting down a program that shields more than 700,000 young immigrants from deportation.
> The nation’s highest court denied the Justice Department’s bid to hear its appeal of U.S. District Judge William Alsup’s finding last month that the Trump administration relied on a “flawed legal premise” to rescind the Deferred Action for Childhood Arrivals program last year.
> That decision restored the Obama-era program, called DACA for short, that protects more than 700,000 immigrants who came to the United States before the age of 16 from being deported.

>>> Visits by immigration cops spooking California employers
LA Times
> When federal immigration agents visited Los Angeles 7-Eleven stores and trucking companies near the ports in recent weeks to conduct audits of employee records, it sent a chill through those businesses and others in the region.
> Immigrant advocates said some employees at the audited firms stopped coming to work. Workers at other companies worried they could be next. And their employers were concerned — or confused — enough that trade groups and attorneys distributed tip sheets advising companies of what federal and state law requires them to do as the Trump administration and California wage war over immigration policy 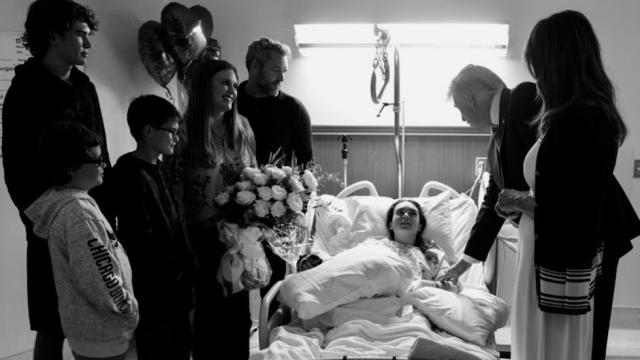 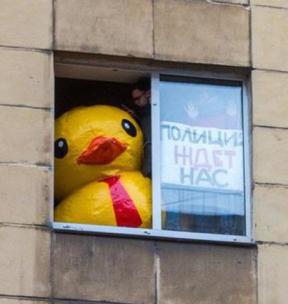 > A St. Petersburg activist has been handed a stint behind bars for displaying an inflated duck from an apartment window during a protest last month.
> The yellow duck has come to symbolize corruption in Russia after opposition leader Alexei Navalny’s high-profile 2016 investigation into Prime Minister Dmitry Medvedev’s alleged summer home suggested that it included an exclusive home for ducks.

.Doomsday seed vault reinforced against global warming
USA Today
> Global warming has prompted Norway to invest about $13 million to strengthen its 10-year-old doomsday seed vault, in which about a million crop varieties are stored on a remote ice-covered island.
> The update at Svalbard, an archipelago near the Arctic Circle, would cover “construction of a new, concrete-built access tunnel, as well as a service building to house emergency power and refrigerating units and other electrical equipment,” according to a statement from Norway’s Ministry of Agriculture and Food,

5 reactions to China leader’s power grab
Newser
…. the move confirmed Xi’s mutation into a species of ‘Putin-plus’—only Xi was ‘much more effective, much more powerful and, frankly, much more ambitious’ than his Russian counterpart.”

Web of conservative donors back anti-labor case
NY Times
> It is an effort that will reach its apex today, when the Supreme Court hears a case that could cripple public-sector unions by allowing the workers they represent to avoid paying fees.

Progressive whups Feinstein in bid for California Dem endorsement
Politico
> Riven by conflict between progressive and more moderate forces at the state party’s annual convention here, delegates favored Feinstein’s progressive rival, state Senate leader Kevin de León, over Feinstein by a vote of 54 percent to 37 percent, according to results announced Sunday.
> Neither candidate reached the 60 percent threshold required to receive the party endorsement for 2018. But the snubbing of Feinstein led de León to claim a victory for his struggling campaign