Irish proposal: Spreading fake news punishable by prison time The Irish News
> Promoting ‘fake news’ using social media sites will be made an offence under proposals to be brought before the Dáil.
> New laws tabled by Fianna Fáil would also see the use of internet ‘bots’ to influence political debate punished with five years in jail or fines of up to €10,000.

Make America Grate Again
US trade gap soars as imports hit record high Politico
> The U.S. trade deficit jumped 8.6 percent in October as imports from China and other suppliers hit a record high ahead of the holiday shopping season, a Commerce Department report released Tuesday showed.
> The monthly trade gap totaled $48.7 billion, the highest level for a full month since President Donald Trump took office on Jan. 20.
> Ahead of the election, a Trump campaign adviser asserted they could eliminate the deficit in one or two years. Instead, the 2017 deficit is on track to exceed the 2016 level of $505 billion.

Why the hell should we trust Facebook to moderate its new kids app?
Opinion: Melanie Ehrenkranz, Gizmodo
Messenger Kids has parental controls and policies in place to ban inappropriate content and cyberbullying, but that doesn’t make the service exempt from Facebook’s pattern of moderation failures or the broader evils of the interweb.

How Portugal made its drug-addiction crisis go away The Guardian
Portuguese approach worked brilliantly … why hasn’t the world copied it?
>In 2001, Portugal became the first country to decriminalise the possession and consumption of all illicit substances. Rather than being arrested, those caught with a personal supply might be given a warning, a small fine, or told to appear before a local commission – a doctor, a lawyer and a social worker – about treatment, harm reduction, and the support services that were available to them.
> The opioid crisis soon stabilised, and the ensuing years saw dramatic drops in problematic drug use, HIV and hepatitis infection rates, overdose deaths, drug-related crime and incarceration rates. HIV infection plummeted from an all-time high in 2000 of 104.2 new cases per million to 4.2 cases per million in 2015. 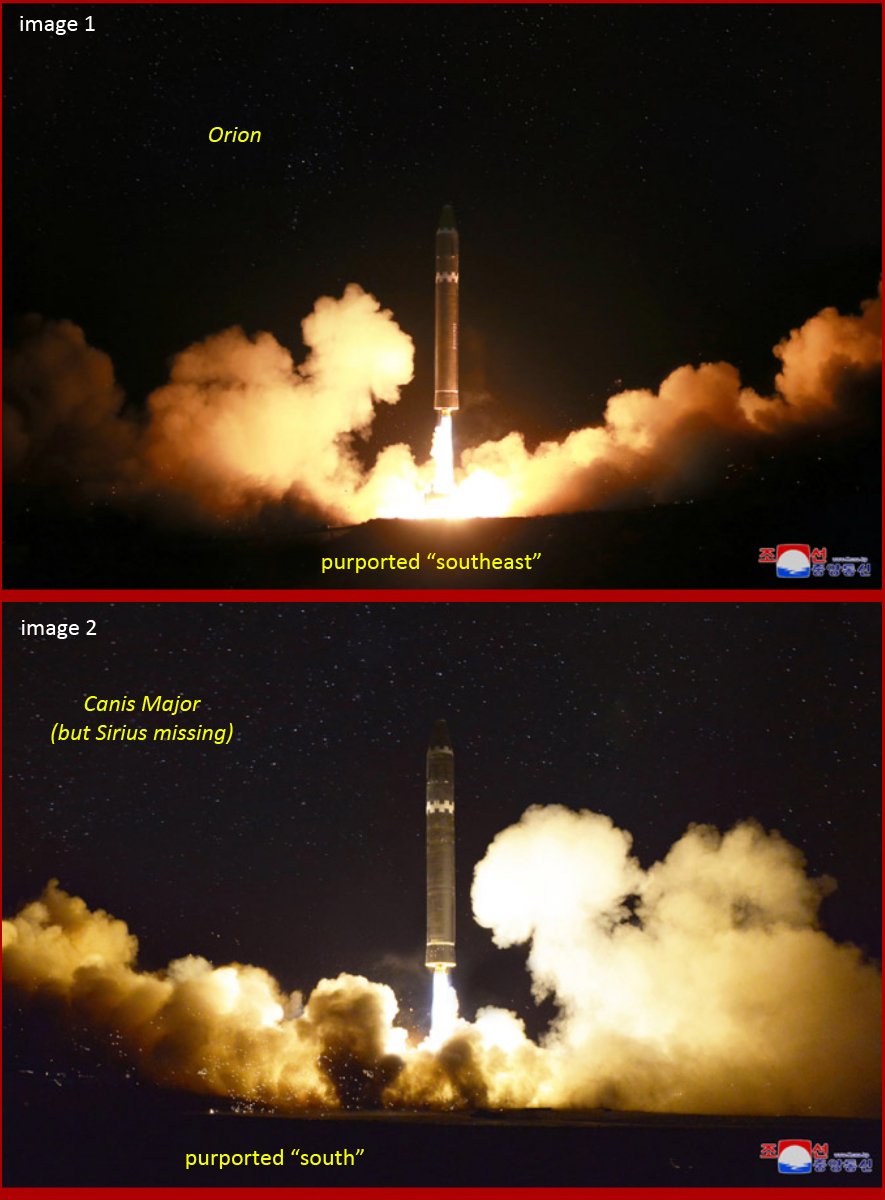 Military buildup plan would cost $683 billion EXTRA
Stars & Stripes
> The military buildup proposed in the Trump administration’s 2018 budget would cost a total of $683 billion over the next 10 years, culminating in a Pentagon base budget a decade from now that would dwarf peak Cold War-era spending, a report said.
> Between 2018 and 2027, efforts to increase the readiness and size of the force would drive the budget 12 percent higher than the costs laid out for those same years under the Obama administration’s final budget plan for the same period, said the Congressional Budget Office report, which was released on Monday.
> President Donald Trump’s goals for the military “would result in steady increases in costs so that by 2027, the base budget (in 2018 dollars) would reach $688 billion, more than 20 percent larger than peak spending during the 1980s,” the CBO said. 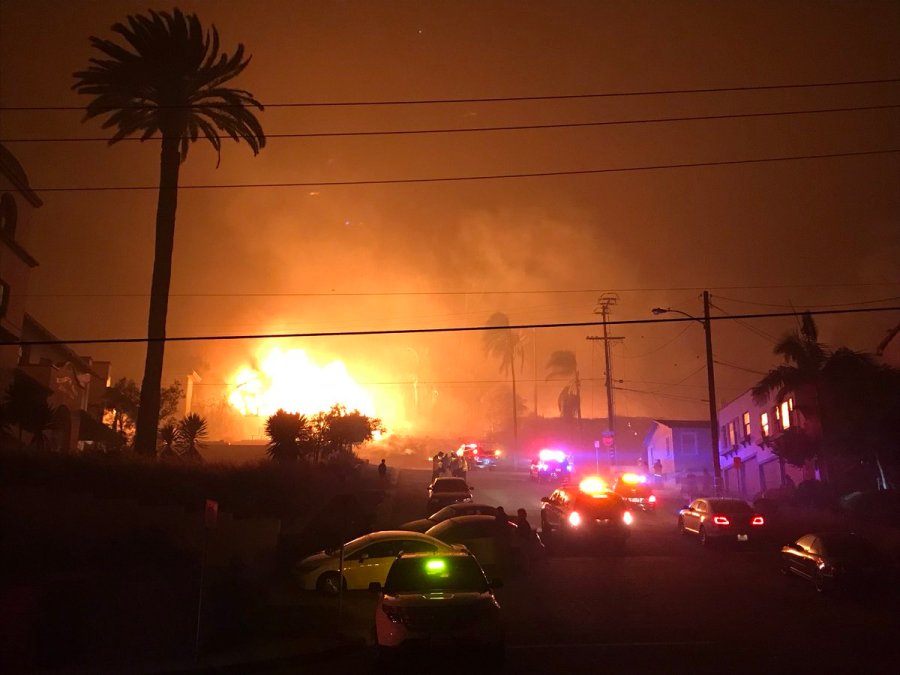 Trump’s private spy network?The Intercept
THE TRUMP ADMINISTRATION is considering a set of proposals developed by Blackwater founder Erik Prince and a retired CIA officer — with assistance from Oliver North, a key figure in the Iran-Contra scandal — to provide CIA Director Mike Pompeo and the White House with a global, private spy network that would circumvent official U.S. intelligence agencies, according to several current and former U.S. intelligence officials and others familiar with the proposals. The sources say the plans have been pitched to the White House as a means of countering “deep state” enemies in the intelligence community seeking to undermine Trump’s presidency.

Emergency rooms are monopolies
And patients are paying bills that are whoppers.
Vox
The doctor checked his blood pressure, asked about the pain, and gave him a muscle relaxant. The visit was quick and easy, lasting about 20 minutes. The bill totaled $2,429.84.

Supreme Court allows full enforcement of Trump travel ban AP
This is not a final ruling on the travel ban: Challenges to the policy are winding through the federal courts, and the justices themselves ultimately are expected to rule on its legality. 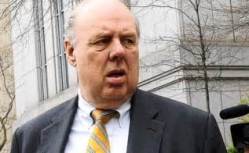 John Dowd, President Trump’s outside lawyer, outlined to me a new and highly controversial defense/theory in the Russia probe: A president cannot be guilty of obstruction of justice.
The “President cannot obstruct justice because he is the chief law enforcement officer under [the Constitution’s Article II] and has every right to express his view of any case,” Dowd claims.
Dowd says he drafted this weekend’s Trump tweet that many thought strengthened the case for obstruction: The tweet suggested Trump knew Flynn had lied to the FBI when he was fired, raising new questions about the later firing of FBI Director James Comey.

Why it matters: Trump’s legal team is clearly setting the stage to say the president cannot be charged with any of the core crimes discussed in the Russia probe: collusion and obstruction. Presumably, you wouldn’t preemptively make these arguments unless you felt there was a chance charges are coming.
Hmmm. July 27, 1974 President Richard Nixon charged with obstruction of justice.
History.com

Senator Graham:
“I think it’s now time to start moving American dependents out of South Korea.“
The Independent
Senator Lindsey Graham has said that he believes it’s time to start moving the families of American military personnel out of South Korea as North Korea pushes the US closer to a military conflict.
Graham, a member of the Senate Armed Services Committee, said he will also urge the Pentagon not to send any more dependents to South Korea.

Dramatic shrinkage for Utah National Monuments NPR
Another win for the donor class. 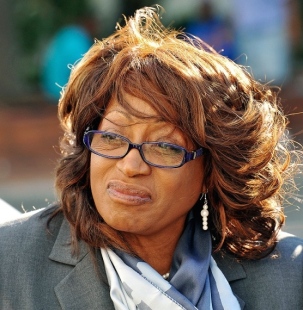 JACKSONVILLE, Fla. — A federal judge on Monday sentenced former U.S. Rep. Corrine Brown to five years in prison on fraud and other charges related to a purported charity for poor students that she used as a personal slush fund.
Brown, 71, was ordered to turn herself in to authorities no earlier than Jan. 8. She represented a Florida district that included Jacksonville during her nearly 25-year career.
Brown, a Democrat who was one of the first three African-Americans to be elected to Congress from Florida since Reconstruction, was convicted by a federal jury in May on 18 of the 22 charges against her, which included fraud, lying on her tax returns and on her congressional financial disclosures.

Did US missile defense fail in Saudi Arabia? NY Times
The official story was clear: Saudi forces shot down a ballistic missile fired by Yemen’s Houthi rebel group last month at Saudi Arabia’s capital, Riyadh. It was a victory for the Saudis and for the United States, which supplied the Patriot missile defense system.
“Our system knocked the missile out of the air,” President Trump said the next day from Air Force One en route to Japan, one of the 14 countries that use the system. “That’s how good we are. Nobody makes what we make, and now we’re selling it all over the world.”
But an analysis of photos and videos of the strike posted to social media suggests that story may be wrong.
Instead, evidence analyzed by a research team of missile experts appears to show the missile’s warhead flew unimpeded over Saudi defenses and nearly hit its target, Riyadh’s airport. The warhead detonated so close to the domestic terminal that customers jumped out of their seats.

Illinois bus company promises a Chinese-free ride Chicago Tribune
An ad listed 11 benefits of choosing the Champaign-based company for trips from Urbana-Champaign to various Chicago suburbs.
The seventh “perk,” sandwiched between the efficiency of drivers and cleanliness of coaches, read: “Passengers like you. You won’t feel like you’re in China when you’re on our buses.”
The company apologized. Kind of.
>>> And by coincidence, Pew Research featured this on its web site today:
New foreign student enrollment at U.S. colleges and universities doubled since Great Recession
From 2008 to 2016, the number of new foreign students at U.S. colleges and universities increased 104% – far outpacing overall college enrollment growth, which was 3.4% during the same period, according to U.S. Census Bureau data. The increase was most pronounced at public colleges and universities, which faced budget cuts during the Great Recession and began to rely more heavily on tuition from foreign students.

You don’t say!
NJ beat Medicaid out of $600 million NJ.Com

China “social credit system” to rate your value to the state Futurism
It all started with the seemingly innocuous FICO score….
Every citizen in China would be given a score that, as a matter of public record, is available for all to see. This citizen score comes from monitoring an individual’s social behavior — from their spending habits and how regularly they pay bills, to their social interactions — and it’ll become the basis of that person’s trustworthiness, which would also be publicly ranked.

“… allow the trustworthy to roam everywhere under heaven while making it hard for the discredited to take a single step,” 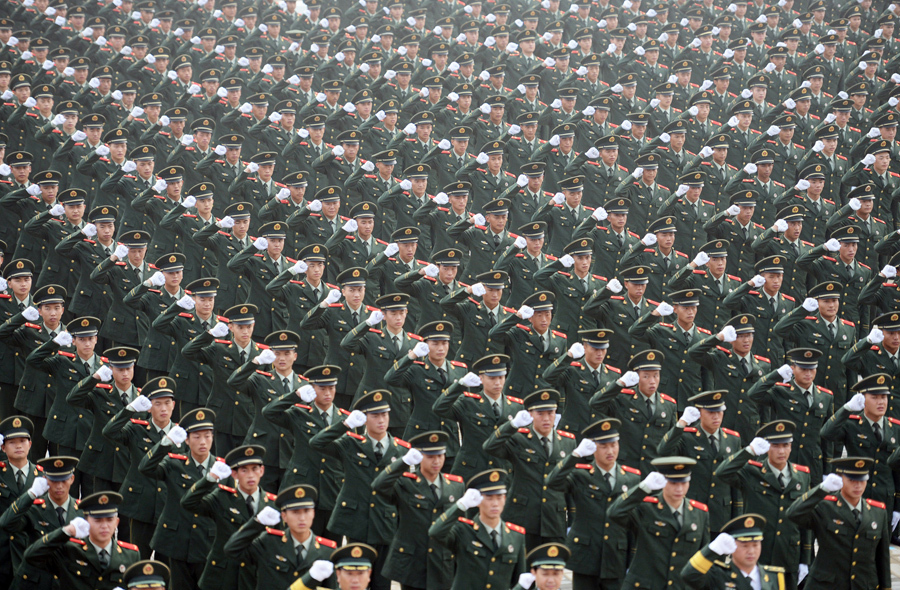