“While we “PRAY” that these mass shootings stop, God is pondering as to why we are praying to him to help stop something that other countries have stopped years ago when they implemented gun control. This is like the cancer patient who refuses treatment and opts to pray instead.”  — Ed Krassenstein on Twitter

“It may seem, on the surface, that God was refusing to give such protection to his Texan children. But we are also praying that God would deliver us from evil eternally. Through these same words, we are asking God to deliver us out of this evil world and into his heavenly glory, where no violence, persecution, cruelty, or hatred will ever afflict us again.”
— Hans Fiene, a Lutheran pastor and regular contributor to The Federalist.
Here’s the man of God’s column in all its heavenly glory

And speaking of Peak Lunacy:
Bullet-proof backpack hyped as protection for school kids Miami Herald
What’s different about these backpack inserts is the partnership with the school. They’re not bought by the school, like the bulletproof whiteboards a Minnesota school board purchased for their district, but parents can print their order form off the Florida Christian’s website and send it to school with their kids.

Commerce Sec’y Ross only “imagined” he was a billionaire. NY Mag

Wilbur Ross has been advertised as among the richest of President Trump’s Cabinet secretaries, which counts as a major qualification in this White House. Forbes, famous for its rich-people rankings, listed his wealth at $2.9 billion last year, but became suspicious after sifting through the financial-disclosure forms Ross filed when he entered government, which showed a net worth near $700 million. Ross told the magazine the real number was actually closer to $4 billion, and that the missing money was tied up in family trusts. But …

Future hurricanes to skip Florida, head for Boston Massive
A new study, led by climate scientists Andra Garner from Rutgers University and David Pollard from Pennsylvania State, found that climate change might be moving north, bound increasingly often for northern New England.
A research team led by the NOAA found  that tropical storms have slowly been shifting poleward in their respective hemispheres. This suggests that climate change is disrupting the balance of atmospheric pressure between land and ocean.

Saudis accuse Iran of “act of war” BBC
Saudi Arabia’s Crown Prince Mohammed bin Salman has accused Iran of an act of “direct military aggression” by supplying missiles to rebels in Yemen.
This “may be considered an act of war”, state media quoted the prince as telling UK Foreign Secretary Boris Johnson in a telephone conversation.

Weinstein hired Mossad, other agents, to spy on actresses, journalists  The New Yorker 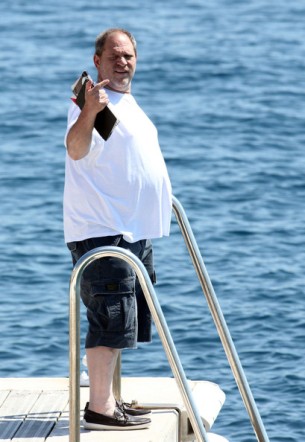 In the fall of 2016, Harvey Weinstein set out to suppress allegations that he had sexually harassed or assaulted numerous women. He hired private security agencies to collect information on the women and the journalists trying to expose him. According to dozens of pages of documents, and seven people directly involved in the effort, the firms that Weinstein hired included Kroll, one of the world’s largest corporate-intelligence companies, and Black Cube, run largely by former officers of Mossad. Black Cube, offers its clients the skills of operatives “highly experienced and trained in Israel’s elite military and governmental intelligence units.”
>>> The secret sexual predators inside Texas politics The Daily Beast
Women in Texas’ statehouse created their own secret spreadsheet to chronicle abuses in the capitol, which allegedly range from violent groping to sexual assault.

Mercer’s $60 million offshore tax dodge backed Bannon and Breitbart The Guardian
Leaked documents and newly obtained public filings show how the billionaire Mercer family built a $60m war chest for conservative causes inside their family foundation by using an offshore investment vehicle to avoid US tax.
The offshore vehicle was part of a network of companies in the Atlantic tax haven of Bermuda led by Robert Mercer, the wealthy hedge-fund executive and Bannon patron whose spending helped put Trump in the White House and aided a resurgence of the Republican right.

More from the “Paradise Papers”
Do-gooder Bono named in tax-dodge documents Bloomberg
Leaked papers revealing investments in tax havens suggest U2 frontman Bono used a company based in low-tax Malta to buy part of a shopping mall in Lithuania. ….  the singer was an investor in Maltese company Nude Estates. Bono’s spokeswoman said Bono, whose real name is Paul Hewson, was a “passive minority investor.”
The Irish band, well known for its poverty-fighting efforts,was heavily criticized in 2006 for moving its corporate base from Ireland to the Netherlands, where royalties on music incur virtually no tax.

One-percenters problems: The roots of the assault on Sen. Rand Paul NPR
It was one of those gated community things. The Senate’s so-called Libertarian was violating the Home Owners Association rules of landscaping. Or something.
Joining the current trend of God-Splaining, Rand tweeted to his supporters: “Thank you for your thoughts and prayers.”

JFK files reveal how US orchestrated coup in Vietnam Poynter
The documents assert that the “CIA was not in favor of the decision to abandon the Diem regime, but faithfully carried out instructions,” with two CIA officers serving as the U.S. government’s conduits to the generals.
The documents note that a CIA source was present when the plotters “debated the ultimate disposition of the brother, accompanied the force that apprehended them, and witnessed the events immediately after their deaths.”
Indeed, there had been “a lengthy argument” about whether they should be killed, “with most of the generals favoring their execution.”

South Vietnam President Ngo Dinh Diem, left, and his brother and adviser Ngo Dinh Nhu were killed in a coup in 1963. (AP photos)