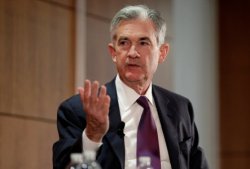 Trump had considered re-nominating Janet Yellen, the first woman to lead the central bank, for a second four-term term. Her term will end in February. But in the end, he opted for Powell, a Republican, over Yellen, a Democrat, explaining last week that doing so would allow him to put his own mark on the Fed.
If confirmed by the Senate, Powell would be the first Fed leader in nearly four decades to lack an advanced degree in economics. He has served on the Fed board since 2012 after a career as an investment manager through which he amassed personal wealth in the tens of millions.

Hoover fellow: China’s fentanyl a weapon against US Commentary via McClatchy
Given China’s police state tools, Xi’s monopoly power gives him extraordinary abilities to manage criminal activity. Trump should not call to crack down further on the general population, but appeal for a more targeted application of Beijing’s control practices. China already arrests bloggers, VPN users, artists, protesters, and other innocents; it can certainly disrupt criminal cartels cooking up street drugs for sale in America.
If not, the United States must recognize that China’s new opium war, combined with her cyberattacks on America, is further tearing at the increasingly fragile fabric of American society, institutions, and competitiveness.

“Trump’s wallet” passing down stake in Breitbart News The Guardian
> Pop Mercer’s had enough, will ask daughters to carry on noble tradition of spreading lies and propaganda.
Billionaire investor Robert Mercer, Trump’s biggest single donor during the presidential election, is to sell — to his daughters — his stake in the fake news outfit Breitbart. The 71-year-old also plans to step down as co-chief executive of hedge fund Renaissance Technologies from 1 January, according to a letter he sent to investors.
Mercer and his daughter, Rebekah, are Republican mega-donors and patrons of Steve Bannon, the chairman of Breitbart News and former White House chief strategist.
Mercer acknowledged that he has come under scrutiny and said “for personal reasons” he has decided to sell his stake.

Facebook profit soars Reuters
> As it turns out, selling American elections to the Russkies has done wonders for Zuckerberg’s bottom line.
Facebook Inc  faced criticism in Washington on Wednesday over its failure to prevent Russian operatives from using its platform for election meddling, but the earnings report it issued hours later showed just how insulated its business remains from political risk.
Quarterly profit soared 79 percent and revenues were up nearly 50 percent as marketers poured money into Facebook’s advertising offerings, whose power to target and influence users has been showcased by the election scandal.
Chief Executive Mark Zuckerberg said that 10,000 additional workers would review content on the network, though based on past practice many of those people will be contractors. 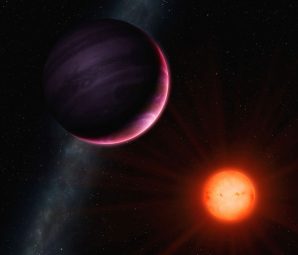 A huge “monster” planet that’s far too big for its sun could lead scientists to rethink their theories of astronomy.
The planet, known as NGTS-1b, is the size of Jupiter. But orbits around a red dwarf star that’s only half the size of the Sun.
Scientists not only didn’t predict that such a massive planet would be able to orbit such a small star, but it contradicts some of the predictions at the heart of their understanding of how planets form.
The mysterious, challenging solar system is 600 light years from Earth and the ratio between the star and the planet is the most unusual ever discovered.

Papa John blames NFL for $70 million hit to his fortune CNN
It couldn’t possibly be the lousy pizza.
T 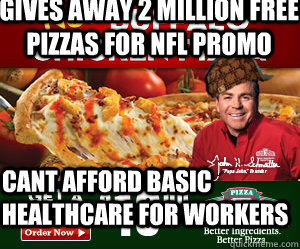 he pizza company, which has been a league sponsor since 2010, sliced its sales and profit forecasts on Tuesday. And Papa John’s founder and CEO John Schnatter wasn’t shy about who he thinks is to blame for the “debacle”: Commissioner Roger Goodell.
“Leadership starts at the top, and this is an example of poor leadership,” Schnatter said on a conference call with investors Wednesday. “The NFL has hurt Papa John’s shareholders.”
NFL ratings, like the rest of network television, are in a slump. Through Week 7, NFL viewership is down 5% overall from the same point last year.

Making America great, one lump of coal at a time.
Awaiting Trump’s coal comeback, miners reject retraining Reuters
WAYNESBURG, Pa.  – When Mike Sylvester entered a career training center earlier this year in southwestern Pennsylvania, he found more than one hundred federally funded courses covering everything from computer programming to nursing.
He settled instead on something familiar: a coal mining course.
”I think there is a coal comeback,” said the 33-year-old son of a miner.
Despite broad consensus about coal’s bleak future, a years-long effort to diversify the economy of this hard-hit region away from mining is stumbling, with Obama-era jobs retraining classes undersubscribed and future programs at risk under President Donald Trump’s proposed 2018 budget.

Dear TripAdvisor: Where are you hiding the negative reviews?
TripAdvisor removed warnings of rape, danger at Mexico resorts? USA Today
MILWAUKEE — In late July, a woman from Indianapolis posed a question on TripAdvisor: Should she and her husband travel to Riviera Maya? They had read about problems with assault, robbery, rape …
Replies began popping up in the forum within minutes. After 10 days, there were 55, and 24 encouraged the couple not to worry.
“Just got back on Saturday and never felt safer,” wrote BeachDog77 from New York.
“I live close to St. Louis and feel much safer in Riviera Maya then I do going to a Cardinals baseball game,” concurred BeachQueen51.
But 27 posts had mysteriously  been removed. 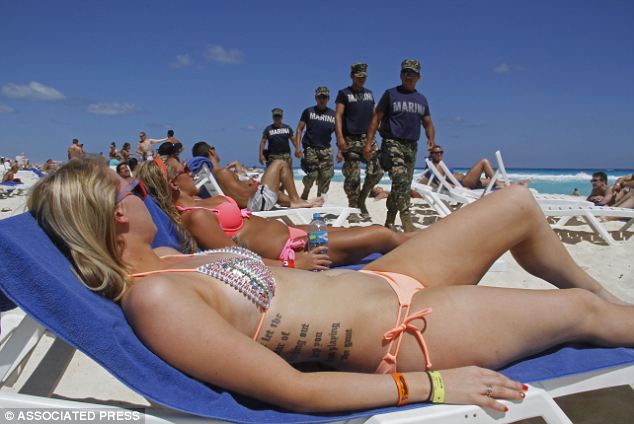 Next thing you know, the President of the United States will be accused of sexual assault. Oh, wait.
The latest: Oh, yes, Dustin Hoffman accused. The Hollywood Reporter
“He asked me to give him a foot massage my first day on set; I did,” Anna Graham Hunter wrote in the Hollywood Reporter. “He was openly flirtatious, he grabbed my ass, he talked about sex to me and in front of me. One morning I went to his dressing room to take his breakfast order; he looked at me and grinned … ‘I’ll have a hard-boiled egg … and a soft-boiled clitoris.’ His entourage burst out laughing. I left, speechless. Then I went to the bathroom and cried.”
>> Lawsuit may allow female accusers to confront Trump NY Times
>>>Spacey “seeking treatment” NY Times
Rehab. Last refuge of a scoundrel?